Comprised of experienced solar professionals, Florida Solar Design Group was assembled to do solar energy contracting, and do it better. The principals have been involved in the local solar energy industry for years, and understand the unique marketplace in Southwest Florida. We recognized long ago that close coordination between all departments of a solar contracting business is key to earning happy clients.

We take an educational approach to sales and consulting, and a technical approach to installations. We only offer the best brands and products, don’t cut corners, and focus on long-term results.

Our goal is to be responsive to the client, accountable for our actions, and responsible for the results.

And our reviews show it’s working!

To be recognized as the clear and obvious solar authority in our service areas. 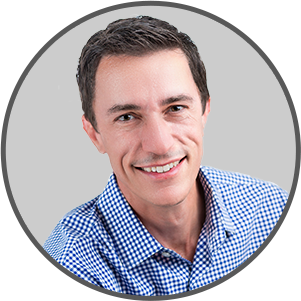 Jason Szumlanski considers himself a “practical solar guy,” meaning that he loves to find ways that solar can be implemented in a sensible and cost effective way. Having lived off-grid, he has experienced the joys of energy independence, and the challenges associated with alternative energy sources. With new technologies and drastically lower prices, Jason believes that solar energy will be a major component of Florida’s energy mix in the future.

Formerly Vice President and General Manager at a leading Southwest Florida solar energy contractor, Jason used his business and finance background to streamline company operations and optimize processes. During that time, Jason became an authority on technical aspects of solar energy products and their application in Southwest Florida. He has overseen some of the largest and most high-profile solar energy projects in the area, including solar panel installations at the Lee County Public Safety Building and FGCU Naples Botanical Garden. He is an expert in national electric code and Florida Building Code issues related to solar energy, and is keen to the political and regulatory developments in the solar industry.

3D computer modeling was initially a hobby for Jason, but it has turned into a valuable product offering for Florida Solar Design Group. Computer modeling of existing and proposed structures provides renderings for proposed solar energy systems, permitting and HOA applications, and construction documents. By modeling in three dimensions from the start, Jason is able to efficiently produce physical and electronic project documentation with a single end-to-end solution. His models form the basis for site analyses, aesthetic reviews, and construction visualization required for the implementation of solar energy projects big and small.

Jason is a FAA Licensed commercial UAS (drone) pilot under 14 CFR Part 107. This allows the company to perform aerial drone flights for site analysis, photography, and video. Along with being a Private Pilot for manned aircraft, this additional license and type rating makes us qualified for legal and safe commercial operations.

He also enjoys boating, travel, computers and technology, and prefers craft beers from Colorado. Jason is married with one cat and he stays fit by tapping his foot all day at his desk. 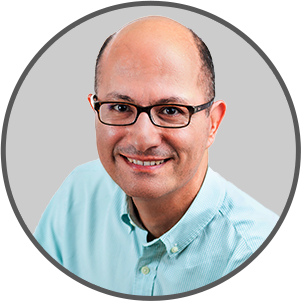 Dominick’s comprehensive knowledge of solar drives his ability to provide our customers with the right products to meet their energy needs. Coming from a background in high performance and collectable automobiles, Dominick has traded in his previous wheels for an all electric Tesla automobile that he drives to work most days and recharges with solar electric power at home.

“Energy should be sustainable and affordable, but that doesn‘t mean it can’t be fun.”

His vintage Fort Myers home which was built in 1925 has been upgraded with a photovoltaic solar energy system and solar water heater, proving that he can help any home or business in Southwest Florida “Plug into the energy of the Sun.”

Dominick says, “One of the easiest and most cost effective purchases I made was switching to a Variable Speed Pool Pump. The savings are amazing!”

Dominick is focused on identifying client needs and the features and benefits of solar energy products and energy efficiency. Properly determining the needs of a household or business is the first step in the education and sales process. Dominick’s approach is to educate first, then select products to offer based on the real needs and desires of the buyer.

Nobody in Southwest Florida has sold more solar pool heating and solar electric systems than Dominick, so he knows what people want, what works, and what doesn’t. Having won numerous national awards for solar pool heating sales volume, he knows the product inside and out including the pros and cons of every brand on the market. He relies on a vast network of happy clients who send him friends and neighbors.