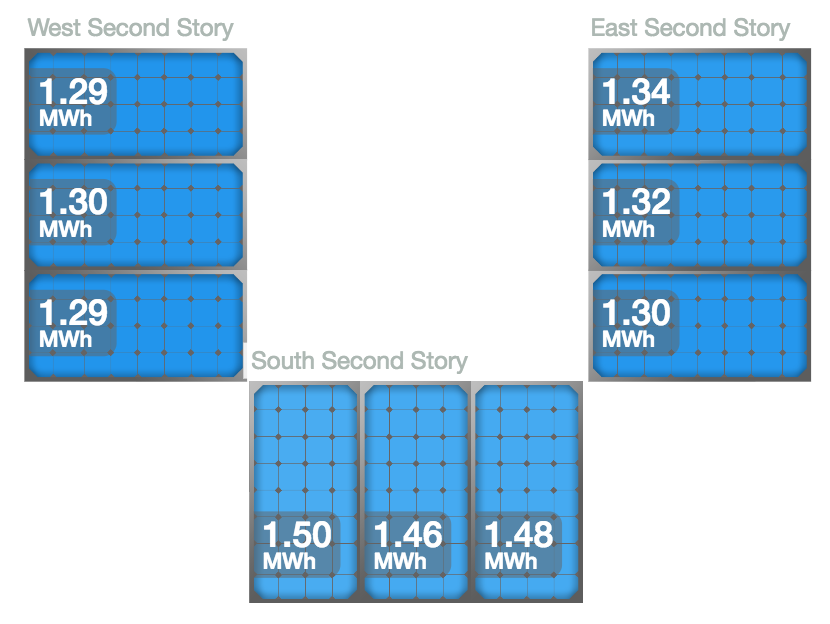 We have a fair number of seasonal residents in Southwest Florida who have solar electricity at their northern homes. They all talk about how their solar panels are tilted to the south. We call this the orientation of the solar panels. Orientation is comprised of tilt (angle from horizontal) and azimuth (degrees clockwise from true north).

Note: This article applies to solar electricity. It may not be applicable to solar pool heating or solar water heating.

Up north, orientation is very important. An optimal tilt with azimuth close to 180 degrees is ideal. This is more important up north than it is here in the Fort Myers area. That’s because we are at a lower latitude. Azimuth does not have nearly the same effect as it does at higher latitudes. This is especially true as the pitch of the roof becomes shallower. In fact, for solar panels that are flat mounted, azimuth does not matter. As the pitch increases, the loss of energy with sub-optimal azimuth increases. This is true at any geographic location.

For more details, we have an article with a chart that shows Solar Electricity Output Based on Tilt and Orientation.

Solar Panel Orientation Isn’t As Important As You Think

People are surprised when we say that any roof that is west, east, or anything in between through south is suitable. You lose very little energy production when you compare optimal azimuth (about 170 degrees) to due east or west.

Take this home in Cape Coral for example. It has solar panels mostly on the south side of the home. There are two solar panels on the east side. The system has been in service for almost three years, and the data shows that the two east-facing solar panels have only 2.4% less output so far. 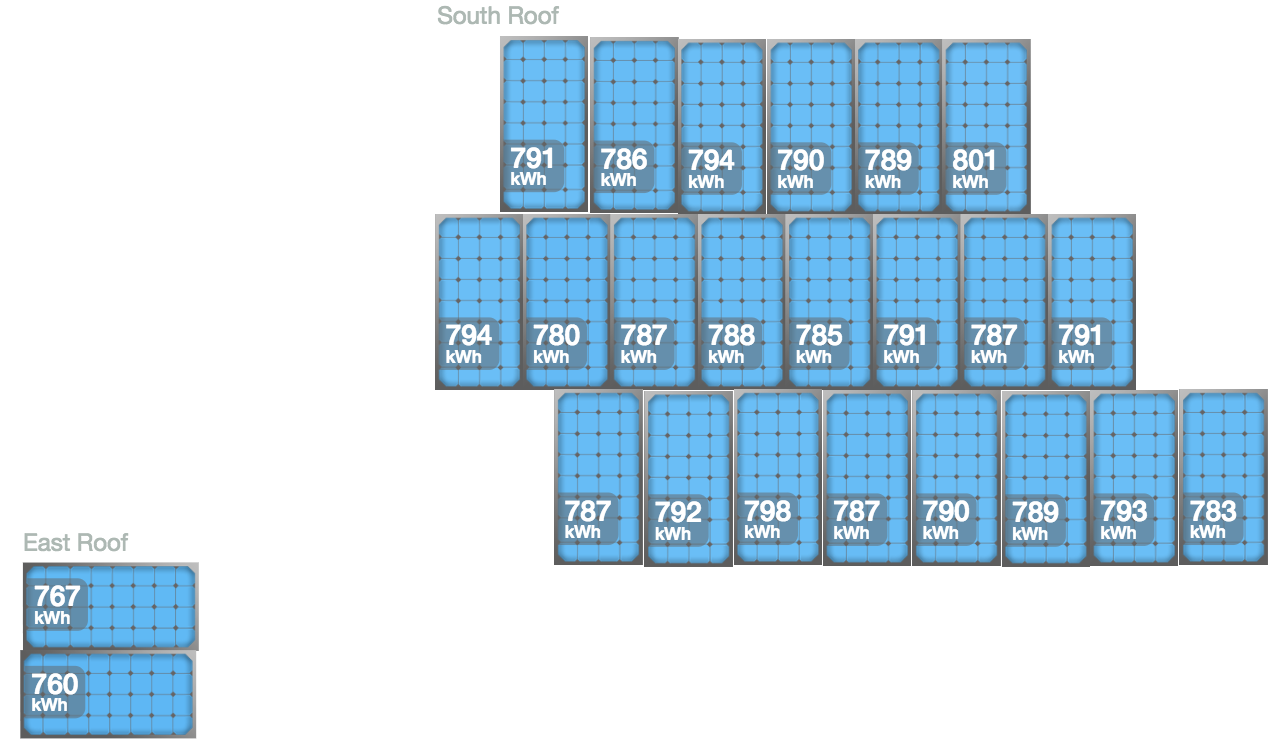 The home above has a shallow slope of about 18 degrees (4 in 12 pitch). This is confirmed in the models that show low to moderate sloped roofs with little variation in total solar output.

The home below has solar panels on the west, south, and east roofs, making it a perfect test subject. It happens to be a little steeper at 8 in 12 pitch. This is relatively steep for Southwest Florida roofs, which average 5 in 12 pitch.

A Fort Myers home with solar panels on west, east, and south roofs

As you can see, the output on the east and west roofs is about 10% lower than the south roof. This is exactly what we expect with steeper roofs. As the roof steepness (tilt) increases, the impact from azimuth increases. This system has been in service over 4 years, giving us ample data to confirm the computer models that estimate output.

Any Roof is Viable

If your home does not have optimal orientation, don’t worry. We can often provide excellent results from roofs that you might think are off limits. In fact, sometimes we choose a non-south roof for aesthetics or to avoid shading impacts. The orientation just isn’t as important as in other locations.

In fact, we have designed systems on roofs that tilt slightly to the north. There is a commercial building in Naples that has a single 2.5 degree slope to the north, and tilting the panels south would cost more than the extra energy value the panels would generate. It was more cost efficient to just flush mount the panels on the north facing roof. The system works great – just as modeled by computer simulations like NREL’s PVWATTS.

We worry more about shading here. Tilt and orientation have lesser effects than more northern locations. Let us evaluate your home or business today with a solar energy analysis! Contact us for more information.