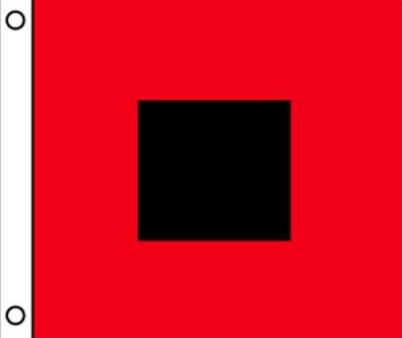 Hurricanes and wind are frequent concerns among those seeking to install solar panels in Southwest Florida, and many people have heard about Miami-Dade hurricane wind code requirements. It stands to reason that people want solar panels installed that meet the most stringent hurricane wind building codes in the country. The concerns usually involve roof leaks and integrity of the roof itself. We saw Hurricane Charley pass through the area a little over 10 years ago with 150 mph winds, making it a strong Category 4 hurricane and at the time the second most powerful to hit the U.S. since Hurricane Andrew in 1992. From that experience, we know what the likely outcome will be when strong hurricane winds hit homes with solar panels.

What many people are familiar with and refer to is what’s called Miami-Dade Product Approval, which is required for certain products installed in the Miami-Dade High Velocity Hurricane Zone (HVHZ). Approved products receive a Notice of Acceptance (NOA) from a testing agency. However, that does not apply to solar panels because they are considered “components and cladding” that do not form part of the building envelope, or main wind-force resisting system (MWFRS). That is, solar panels do not protect against wind and water intrusion into a structure, and do not provide support and stability of the overall structure of the building. Technically, no roof mounted solar panel system “complies” with Miami-Dade Product Approval because no testing requirement exists and NOAs are not issued. The only solar panel products that require NOAs are solar attic fans and roofing systems with integrated or laminated solar electric panels, because these form part of the building envelope.

What is required for permitting solar panels anywhere in Florida is that the system meets the Florida Building Code. The 2010 Florida Building Code is now the effective code, and this requires that solar panels (components and cladding) meet wind loads that are imposed upon them. Solar panels must be firmly attached to the building and have enough attachment points to resist wind uplift. The weight of solar panels is negligible and rarely needs to be considered. In most of Southwest Florida, the ultimate design wind speed is 160 mph. In Collier County there is a large area that requires 170 mph, and Marco Island is 172 mph. Using calculations in accordance with ASCE 7-10, engineers determine the wind uplift at any given attachment point and ensure that the attachment method resists the required load at the design wind speed with a safety margin.

In other words, we have the same requirements that Dade County has, which is to meet the local wind speed requirement. This is done by selecting the proper number of tie-down straps and/or attachment points to resist wind uplift given any installation location and scenario. The building department reviews our plans and inspects our work to ensure that we have met the requirements of the Florida Building Code.

From a practical standpoint and observation, we know that in a catastrophic hurricane one of a few things will likely happen:

None of those options sounds great, but that’s the reality of living in coastal areas of Florida. If your solar panels are damaged or lost as a result of a hurricane, it is virtually certain that you will have other damage to the roof and structure that rises to the level of filing a claim with your insurance company, which should cover the cost of replacing your solar panels (talk to your agent). We have all seen seemingly impossible photos and video that show unscathed homes right next to homes that are brought to their foundation in storms.

The bottom line is that installing solar panels on your roof isn’t really a risky proposition. The same basic risk exists whether you have solar panels or not.