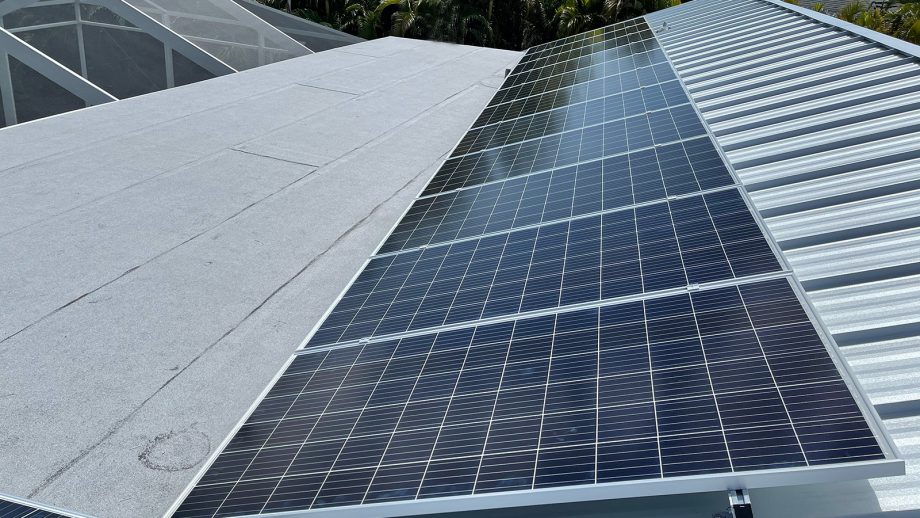 In case you missed it, the Florida legislature passed a significant change to the Net Metering laws in Florida. These are the rules that allow solar energy producers to “sell” excess energy production back to the utility grid. The new law, opposed vigorously by the solar industry, was written for the utility companies, by the utility companies. Fortunately, the final version of the bill was not as devastating as the original. Many of the most insidious attempts to gut net metering were rejected. But the wool was still pulled over our legislators’ eyes.

Proponents of the bill were the usual suspects (FP&L, Duke, TECO). In fact, it was widely reported that FP&L wrote the bill and handed it to key legislators to whom they had made contributions. Opponents of the bill, including the Florida Solar Energy Industries Association (FlaSEIA), Solar United Neighbors (SUN), and Vote Solar, all see the legislation for what it is – the utility companies’ disingenuous attempt to crush rooftop solar in Florida so they can monopolize yet another energy source.

What do Florida’s Net Metering law changes introduced in 2022 mean for you? 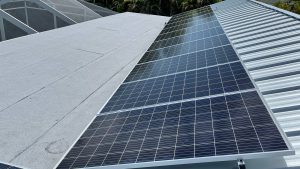 Florida Net Metering Is Under Assault by Public Utilities

This isn’t a sales tactic, but the truth: get your solar panels NOW! In 2022 the Federal Tax Credit is 26%. In 2023 it is 22%. In 2024 it goes away (unless extended by the U.S. Congress)! Even without the net metering changes, there will never be a better time to go solar. The net metering law change doubles the urgency for those thinking about buying solar electricity systems. After 2024 there will still likely be savings, but your return on investment will be diluted.

If you currently have solar panels and think you might want to add on to your system, contact your solar dealer NOW. We are all about to get extremely busy. It’s going to be first come, first served, and those who wait too long may be sorely disappointed. Inflation and supply chain issues are adding to the urgency.

If you ever considered battery backup for your existing or new solar energy system, get it NOW. The tax credits alone make this important. This will also insulate you against the net metering changes (more on that later).

What is the real impact if I wait?

Aside from potentially losing out on tax credits, the impact on net metering will mean a few things for owners and the industry.

We have done a brief study on our typical client. The average homeowner uses the most electricity during the day, and that happens to be when they produce the most solar electricity. However, the timing is not perfect, so they end up sending a significant amount of energy back to the grid. That amount is about 50% of what they produce. That energy is “stored” by the utility for future use, either at night or in future billing periods.

For owners approved in 2024 and 2025, they will only get 75% of whatever they send back. In other words, they will be giving the rest to the utility company for free so they can sell it to their neighbors. By losing 25% of 50% of their solar production, they are giving up 12.5% of their generated electricity. That’s not great, but it’s also not a deal-breaker. By year 2027 it will be 50% of 50%, or 25% loss in energy they can sell back to the grid. That’s starting to become a hard pill to swallow. Beyond 2028, it remains to be seen if the utilities can convince the Public Service Commission that there is truly a burden on non-solar customers, which is the whole disingenuous argument they have made.

How can you beat the utilities at their own game?

One word – batteries! If you store your excess electricity rather than sell it back, you will get nearly 100% of your solar electricity that you can use later by discharging the battery at night. You will have the added benefit of a highly capable and reliable backup system for all or part of your house’s electrical needs. You can be essentially “off the grid” while still being connected in case you need a little help. Solar energy systems already have “zero export” capability so you can avoid net metering altogether, avoiding any potential base charges that might be implemented in the future.

Realistically, batteries are not a perfect answer to this problem today, because they are expensive and do not add to the return on investment (ROI). But as battery technology improves and economies of scale reduce costs, it will likely be the most viable weapon against the utility companies’ assault on net metering.

The other option is load management or the timing of electricity usage. For example, it may be advantageous to heat water with excess electricity and store large volumes for household use or to heat pools, and not heat water with electricity from the grid. It will become important to match up when you produce electricity with when you use it. A variety of strategies can be employed to do so.

How will this affect the industry?

The stark reality is, you’re going to see a lot of companies go out of business. Be very careful about who you hire to install your solar panels. Ask them what their plan is to survive the changes. National and regional solar companies will pull out of Florida or avoid making investments since there is uncertainty. Growth in the industry will stop and many workers could lose employment. The companies who are left will have adapted and will be taking on many orphaned customers who need service work.

Today most clients are seeking to wipe out their entire electric bill. That will become very hard to do, so the better return on investment will be a smaller system that reduces a homeowner’s most expensive electricity. The average system size (number of panels) will be significantly smaller to avoid giving too much free energy back to the grid.

This may not be the worst thing for our industry, as it will kill the cockroaches that have come out of the woodwork recently to join the booming industry in the state. The good companies will be left to serve the smaller market of eager clients who fit the new target customer profile. But beware – others will become bottom feeders, selling services under their costs and doing cheap work. Those who charge fair prices that allow them to serve customers long-term will come out ahead.

Summing Up the Net Metering Changes

In short, there is no negative change for current solar owners. For those seeking out solar panels, the urgency is real. Solar power is not going anywhere, but the industry will likely contract and adapt. The attractiveness of grid-interactive solar energy alone will be reduced. The benefits of battery backup will become part of the calculus. The industry will adapt and the typical target client may change.

The fight is not over. The utilities will try to build on their success this year. But citizens and lawmakers, when they understand the true impact of these changes, may rise up and reverse course. Ballot amendments or overturning the new law are not out of the question. We have seen similar circumstances in other states get turned around. Once the dust settles and the impacts start to occur, the next round will begin. But for now, net metering is alive in Florida, just not as well as it has been in recent memory.