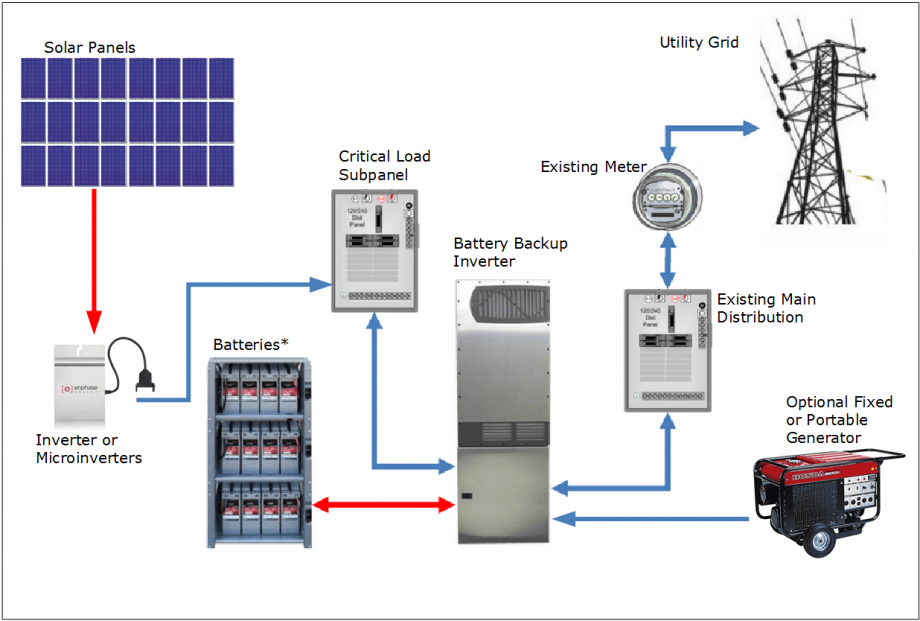 Batteries allow you to store energy and use it when grid connections fail, like after storms or when there is line trouble or blackouts. Because large electric loads like air conditioning and electric water heating would require a massive battery bank and lots of solar panels,  what is more common is carving out necessary appliances and lighting to run on battery power into what’s called a critical load subpanel. All of the electric circuits on this panel are backed up by battery power and solar panels.

Grid-interactive photovoltaic systems just have solar panels and inverters tied into your existing electrical equipment. The systems are simple and cost effective. The complexity increases drastically when battery backup is introduced. Below is an example configuration for an AC coupled system, a configuration that has become more popular recently due to it’s efficiency during grid operation and ability to provide seamless power during grid failures. In addition to the solar panels and grid-interactive inverters on a grid-tied system, the required components are: 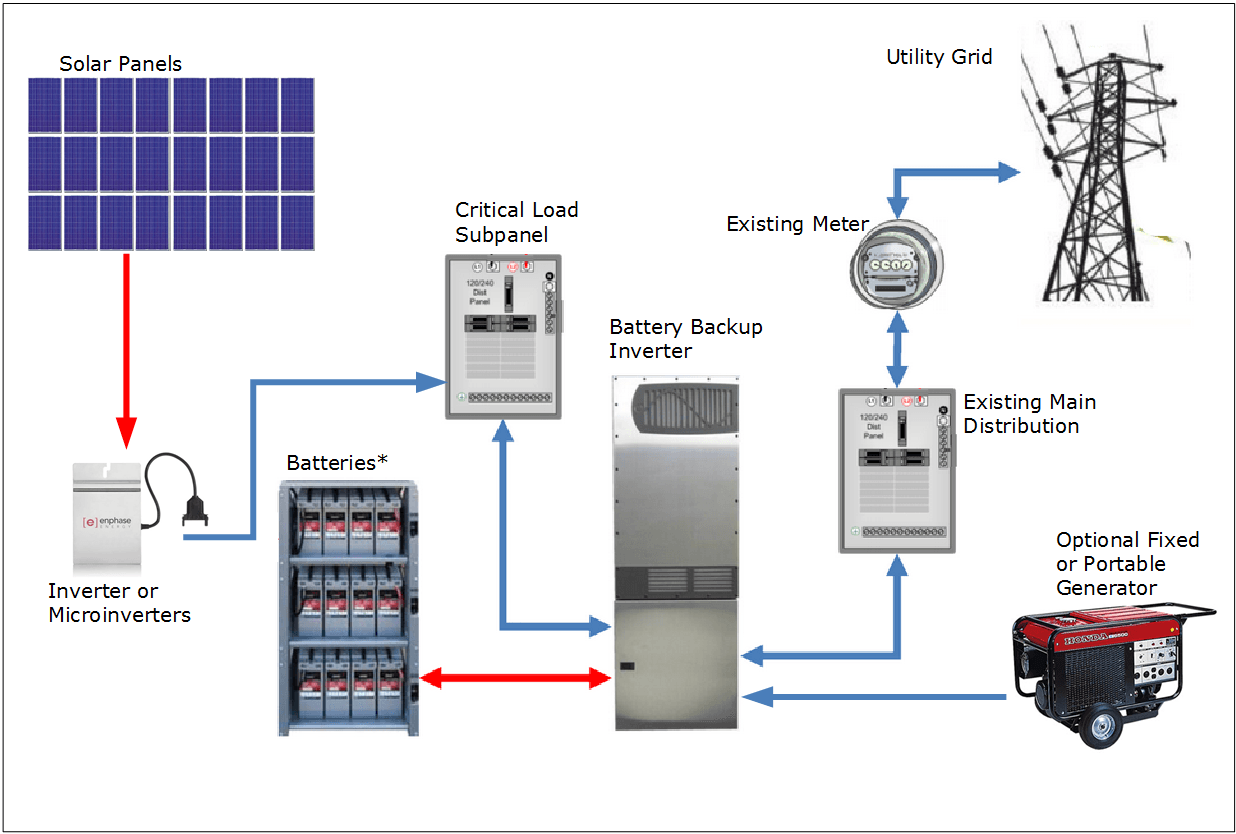 There are more traditional battery backup systems that omit the grid-interactive inverters connected to the solar panels and the battery backup inverter serves this purpose. In this case, solar panels connect directly to the batteries through charge controllers. While this is the most efficient way to charge batteries, it is not the most efficient way to provide power to your home when utility power is available. Since most homes have 99%+ utility up-time, it makes more sense to optimize the system for grid availability.

In the end, the vast majority of solar electricity shoppers opt to install a grid-interactive system without battery backup. The cost of the additional components for a battery backup is usually prohibitive, and homeowners conclude that relying upon a traditionally fueled temporary generator is the best option for their backup needs.

We do design, sell, and install battery backup systems, so if you are still considering this technology as part of your solar energy purpose, contact us!

* Note: There is an inverter system from SMA that allows you to have a small amount of temporary emergency power when there is adequate sunlight without the need for batteries, but it is limited in what it can do, and beyond the scope of this article.