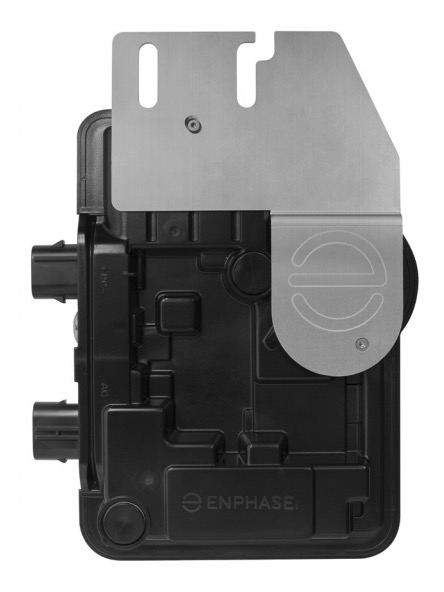 When shopping for solar electric panels (photovoltaic or PV), most clients first ask what brand of panel we offer. While it’s a legitimate question, it’s not the most important question they should be asking.

Solar panels have become extremely reliable and purchasing from an established source should yield good results. Solar panels are solid state devices with no moving parts and few parts that are prone to failure. Often it comes down to what panel offers the best value (dollars per watt) or warranty. Warranties are subject to the financial stability of the manufacturer, but I argue that it’s not particularly important because of the high reliability across the industry and the relatively low cost of the panel itself.

So what question should you be asking?

Consider the part of the solar energy system that is most likely to fail or require regular maintenance and replacement over time. What part of the system is likely to render your system non-functional at some time within the useful life? What part can be cumbersome and costly to replace? What part may require system redesign if it becomes obsolete and unavaialble? Ultimately that is what you should be most concerned about.

That part is the inverter – the device that converts DC power from solar panels to AC power that is usable in your home or business. These are electronic devices with complex conversion and safety electronics, internal monitoring systems, communications hardware, and circuits that are prone to failure like any other consumer electronics device.

The good news is that manufacturers are starting to develop technology that is intended to have the longevity of solar panels. Some inverters even come standard with 25-year warranties. When selecting an inverter, you have three major options in residential and light commercial applications.

The three major types of inverter are the traditional string inverter, string inverter with power optimizer, and microinverter. There are advantages to each, and each has different price points. Each category has a limited number of popular brands, and we suggest sticking with market leaders in each category. Below are some details on your options, but it is always best to discuss options with your solar professional. Not all solar estimates are equal! 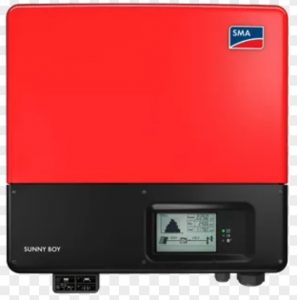 String inverters are relatively large boxes that hang on your wall and connect solar panels in strings of DC power like Christmas lights. They work fine in situations with no shading, consistent orientation for the solar array, and little mismatch among panels in each string. They are typically the lowest cost option but offer the shortest standard warranties. Newer models with transformerless designs have proven more reliable, but there are still issues with potential longevity that you should consider. Since a string inverter presents a single point of failure in a system, the loss of inverter function can render an entire system useless during repairs. 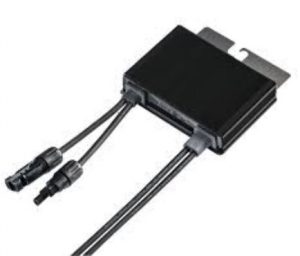 Power optimizers eliminate some of the issues of shading and module mismatch in a system, but they are still daisy-chained together. Most importantly, they still require a string inverter to convert the DC power to AC power. One power optimizer is mounted under each solar panel with a string inverter mounted on a wall that serves several optimizers. The idea is to optimize the DC output of each solar panel. While this system eliminates many of the problems with string inverters, additional points of failure are introduced into the system. Still, power optimizers offer enough advantages to outweigh new problems introduced. System design is somewhat simplified, but also limited in some ways. Monitoring systems can pinpoint DC solar production at the solar module level. The cost is slightly higher than traditional string inverters, but higher lifetime energy output and longer warranties can compensate for the additional cost. 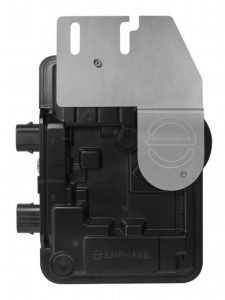 A typical microinverter: Enphase IQ 6 Plus

Microinverters pair an inverter with each solar panel, converting DC to AC power right on the roof. Microinverters are either mounted under solar panels or sometimes come preassembled with a panel in what is called an AC module (which is very similar, but technically distinct from a microinverter). Microinverters eliminate virtually all of the major issues of string inverters and power optimizers. Since there is no string inverter, there is no single point of failure, although, like power optimizers, more potential points of failure are present. The good news is that microinverters have warranties up to 25 years, so reliability and longevity are expected to be superior. Shading and module mismatch issues are mitigated. System design and installation are greatly simplified. Microinverter based systems are modular and the easiest system to expand. Monitoring is superior in that both DC and AC power input and output is monitored at the microinverter level, providing the most granular insight into system performance. One of the most important overlooked features of microinverters is safety. Since there is no dangerous high voltage DC voltage on the roof, the system is inherently safer. Circuits from the roof to your electric panel are just like any other AC power branch circuit in your home or business. Microinverters tend to be slightly more expensive than power optimizers, but increased energy harvest and other longevity, safety, and usability features offset the extra costs.

What is the Best Option?

Now that you know what question to ask, what’s the answer?! Well, that’s a matter of preference, what’s important to you, and budget. We almost always steer clients into a microinverter solution, especially in a residential scenario. While the initial cost is slightly higher, the benefits far outweigh the extra cost. We don’t make any more money by selling microinverters, so we are really indifferent in that respect. We just think it is currently the best option for our clients. Some scenarios lead us in a different direction, but it’s hard to go wrong with a microinverter.

In commercial systems where decisions often come down to ROI, string inverters often win out, especially as the scale increases and cost efficiencies are introduced. But we still think there is a place for microinverters in larger systems (under 1 MW of rated power). The long-term serviceability and uptime should be considered, making microinverters a compelling choice. Module-level monitoring in large systems drastically cuts the cost of diagnostic work, and many more qualified service personnel exist for microinverter based systems. A recent small fire at a commercial PV system in Southwest Florida should be reason enough to consider an AC solution rather than high voltage DC systems.

Other considerations, like future battery additions, system expansion, wire distances, and more should be addressed by your solar professional in some cases. There is no one size fits all answer, but at least you know what question you should be asking!