Note: See updates in Comments below.

The last round of the FPL Solar Rebate Program was supposed to begin taking applications at 8:30 am ET today on FPL’s website. There are reports rolling in of applications being started (and possibly even completed) prior to the start time. Several applicants reported that the Apply button showed up as early as 8:23 am and those applicants were able to begin filling out the online form well in advance of the stated start time. Furthermore, other applicants reported that they did not see the Apply button while continuously refreshing their web browser before 8:30 am, and some never saw the Apply button before all of the rebate money was exhausted.

I was on speakerphone with another applicant who reported at 8:27 am that their Apply button appeared. At 8:30 am I was still unable to begin the application process at a different location despite force-refreshing tabs in multiple browser windows continuously. Even two computers in the same home were not able to access the rebate form starting at the same time, so it was not a geographic or ISP issue.

If there is any solace, the rebate program has ended per a recent Public Service Commission decision. We can all go back to business as usual without the distraction of this poorly designed and administered program. Since solar electric prices have plummeted, utility incentives are not a prerequisite for viable investments in solar, and demand without rebates is growing. 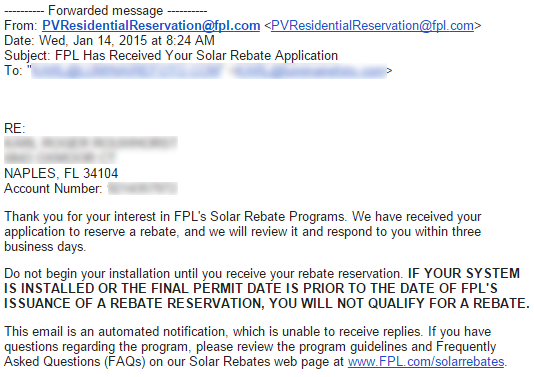