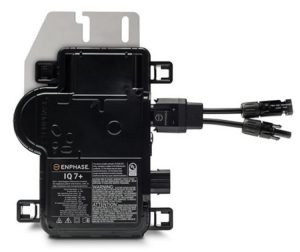 When businesses contemplate a solar panel installation, the main goal is usually return on investment, or ROI. That means the solar panels and other equipment must be the most cost-effective possible and the installation often goes to the lowest bidder.

Homeowners often seek top quality, features, and gadgets. They want a good deal, but they also want the latest technology and best performance. They want peace of mind and no problems during or after installation.

When it all comes down to it, everyone wants the best value based on their own set of criteria. But who is focusing on safety?

Recently Walmart sued Tesla who installed solar panels on many of the big box retailers stores. The news was misreported by many outlets, saying that several fires started “in” Tesla’s solar panels at different stores. That is not the likely culprit, however. Aside from possible poor workmanship, the technology selected has a lot to do with fire safety.

Before about 2009, the technology of the day used string inverters to convert DC solar power to usable AC electricity. This resulted in high voltage strings of DC power with solar panels daisy-chained together. The problem with this strategy is that there is no fuse or circuit breaker protection at each solar panel, so if there is a fault in the DC wiring while the sun is out, the power keeps flowing and the wires simply melt and burn, which can lead to more widespread fire.

This is precisely what I found last year when I was called to a fire at the Estero, FL Hertz headquarters parking garage. Some DC wires had shorted out and a fire ensued. There was no way to “turn off” the solar panels and the fire continued to smolder until sunset. Luckily the issue was isolated and only a couple of solar panels were affected. There was no damage to cars or the structure itself. It could have been much worse.

So how do you avoid this type of fire risk with solar panels? The answer is microinverters.

The newest technology uses microinverters to convert DC to AC electricity right at the solar panel. There are no long strings of DC wiring between solar panels and the DC voltage is typically under 40 volts. If a DC wiring fault occurs or a solar panel itself has a fault, it is much more likely that the incident will be minimized and isolated to that one solar panel.

Better yet, the AC wiring is protected at both ends. If there is an AC wiring fault, a circuit breaker at one end will trip, causing the microinverter to shut down. The source of power to the wires is lost, minimizing the risk of fire. Repairs can start immediately without waiting for the sun to go down.

In a residential setting, there is little reason to select anything other than microinverters. While the cost slightly more, the difference is small – under 10% and in some cases much less. In a commercial setting, where there is an economy of scale with larger string inverters, the cost difference can be more. But isn’t safety and reliability a major factor in a commercial application? I think the Walmart/Tesla issue could be making my point.

Other Advantages of Microinverters

Aside from fire safety, microinverter provide shade tolerance, reduce module mismatch losses, and have warranties up to 25 years. The monitoring and remote troubleshooting capability on a per-panel basis are revolutionary features and incredibly valuable. Remote upgrades are possible, and plug and play modularity make them great for installer training, improving consistency in workmanship.

There are some alternatives to microinverters if you want to achieve similar fire safety benefits. The main options are DC optimizers and AC modules.

DC power optimizers do not minimize the DC voltage, but are able to cut off DC power at each solar panel in the event of a fault. This has some of the advantages of a microinverter, but a not all. With this type of system you often still have high voltage DC wiring going through your home or business in addition to high voltage DC wiring on the roof. Still, this system is a safer alternative to string inverters. While slightly less costly than microinverters, we do not recommend optimizers because they introduce an additional point of failure. On top of per-module power electronics, they also have a traditional string inverter.

Surely safety is a factor in selecting the solar panel technology with the best value. In residential settings, the choice is obvious in our opinion – microinverters are the best option. There is an extremely compelling case for microinverters in commercial applications, especially in rooftop installations where safety and reliability are paramount. The value proposition is reduced for commercial-scale ground-mounted systems, particularly in systems over 50 kilowatts where string inverter prices are too compelling to ignore. For utility-scale applications, it would be hard to justify the cost of microinverters where fire prevention and mitigation strategies can be more easily employed.

The bottom line is that fire safety is an important and oft-ignored factor in a solar panel system selection. I believe it should be a top consideration and hope you will consider safety when selecting your contractor and system.