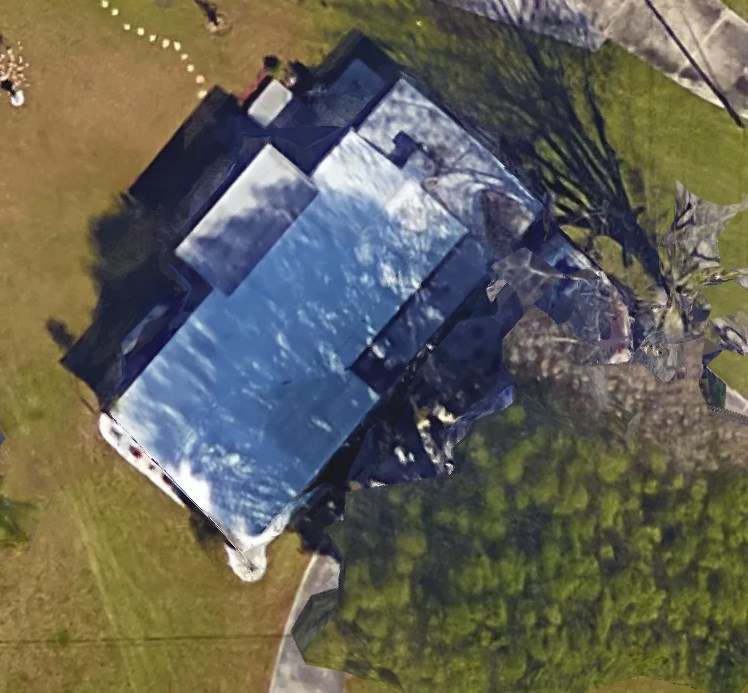 I have sounded the warning bells about shady solar contractors before, but a recent call from a prospective client highlighted the lengths some will go to make a buck.

Just about the first thing we do when a call comes in from a prospective client is to look at the roof using aerial imagery. We don’t want to waste your time if your site does not present a viable opportunity for solar energy, and frankly, we don’t want to spend a lot of time on it either. We will tell you right away if your site is clearly not suitable. Consider the home pictured below, for example.

It’s pretty obvious when the aerial imagery from multiple sources shows a home bathed in shade that the first question needs to be, “are those giant trees still in your front yard?” Sometimes, depending on the time of day the photo was taken, the shade may not be so obvious, so we need to go to street views and bird’s eye views to get a better perspective on how tall obstructions are in relation to the roof.

The owner of this home was allegedly told by competing solar contractors that just a “haircut” on these trees would be enough, and that it isn’t a big deal. The truth? The trees would really need to be removed entirely to make this site suitable for solar electricity. While shaded panels still produce some energy, and afternoon sun would make the system productive, shading is the enemy of a good return on investment, and any competent solar contract knows that. A ballpark estimate of reduced annual production from tree shading on this system would be around 40%, even with a good haircut. The buyer would likely never recover their initial investment without a costly and undesirable tree removal and re-landscaping.

Imagine if you bought a car that advertised 30 miles per gallon, but you later found it only gets 15 mpg. Would you be happy?

The impact of shading is different on solar electric and solar thermal projects, so while a site may not be suitable for solar electricity, solar pool heating or solar water heating may still be possible (but it’s never ideal).

We politely educated the homeowner and explained that the competing solar dealers were not being totally forthcoming about the prospects of a satisfying experience with solar energy. It’s bad for the whole industry when these companies attempt to swindle consumers out of hard earned money. We have sophisticated tools to estimate shading, but most often it just takes a trained eye and common sense to determine whether a site is suitable for solar panels. Sometimes a haircut is all that is needed. Sometimes the impediments to eliminating obstructions make a successful installation impossible. Don’t hesitate to contact us for an opinion if your site’s viability is in question.