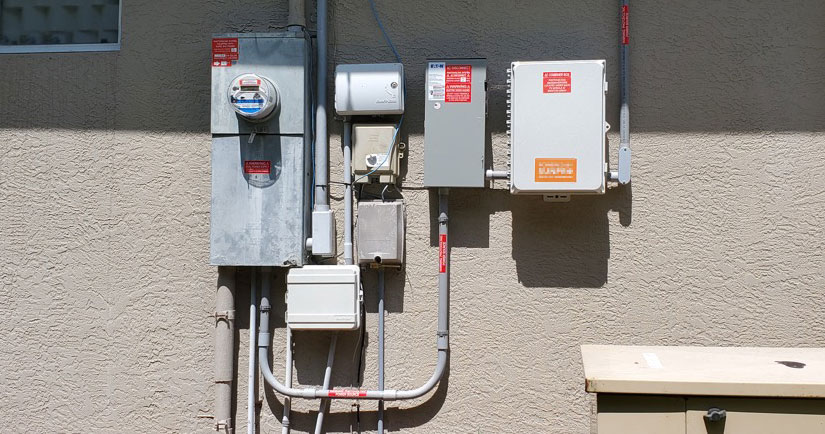 Our prospective clients agonize over their choices when searching for a solar electricity system. What’s the right solar panel, the right inverter, the right mounting system? Who is the best installer? Who is the fastest? How big is the company?

Ok, fine… all valid points perhaps. But time and time again we see people make the incredible choice to hire a contractor from hours away. They come from Tampa, Kissimmee, Orlando, Miami, Fort Lauderdale, Sarasota, and even further away sometimes. That’s a 2-4 hour drive at least.

And then they wonder why they are abandoned after the contractor has their money. And then they call me. And then I fix it… Ugh. It’s not exactly the way I like to meet clients.

Many times the “fix” is a simple one. It could even be something the distant contractor’s office could handle over the phone – if they had the care to do so. But they don’t. And then my phone rings.

When I get to Southwest Florida installation sites done by our northern and eastern competitors, more often than not I find all kinds of poor workmanship and code violations. Surprisingly, many of these systems pass building inspections. But that doesn’t make it right. Some violations are minor, and others are egregious – like they need to be fixed before the house burns down.

Obviously, when the job is done, you expect it to be done right. And for the most part, contractors who use the right equipment and quality products get the basics right. The details are where they fail.

These are all things that should be addressed at the time of installation. They are usually adequately completed to the extent that the contractor sends a bill and you pay it. That’s where the problem starts.

You know that feeling when you buy a car? The salesperson is your best friend. He knows your dog’s name and calls to congratulate you on your purchase. Then a week later, they forget your name. Their phone number is mysteriously not working.

ghost·ing/ˈɡōstiNG/ 1. the practice of ending a personal relationship with someone by suddenly and without explanation withdrawing from all communication.

Well, the solar industry is full of shady salespeople. But it is also full of shady solar contractors. Their whole business model is based on moving on to the next job. You might get in touch with their main office, and then you’re told that someone will get back to you within 48 hours. And then it doesn’t happen. And then you call me.
You might think this isn’t going to happen to you. Just ask yourself, is a contractor that is based 4 hours away from me going to drop by to resolve a minor issue you are having? NO WAY! It’s not going to happen. Maybe if they have another job in your zip code a month or two later… maybe.

Jason To The Rescue 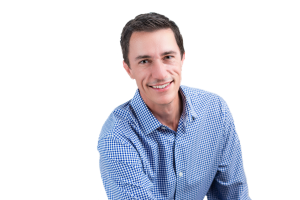 That’s me! The guy people call when all else fails.

People usually find me online based on our reputation after becoming exasperated over the lack of service provided by their out-of-town contractor (and sometimes their in-town contractor). Naturally, once they have a bad experience, it dawns on homeowners that they should have checked out their contractor before they hired them,. They seek out the best. If only they had done that in the first place – they would have stumbled upon us!

I’m not trying to make anyone feel bad. I truly enjoy helping people who have gotten to this point. I never fault anyone for selecting another contractor. They can be quite convincing. And frankly, we’re not the cheapest usually. You pay for what you get. On that note, we are rarely the most expensive because again, there are a lot of shady characters out there.

Usually, it’s not hard to see the warning signs online. Reputation is hard to hide these days.

What Could Go Wrong?

I could talk all day about competitors’ jobs about code violations and work that was not performed with good workmanship. I’m sure someone else might nit-pick work that I have done in the past. It’s the nature of contracting. Some things are subjective, but others are clear and objective. For example, I visited an installation in Naples today done by a big Tampa solar contractor. A few things I found were:

Numerous code violations were found at this competitor’s installation, but none of them were as bad as the poor service after the sale that their client received. (Contractor’s logo blurred to protect the guilty.)

These are all minor things that can easily slip by an inspection, but objectively they are all wrong. They aren’t a major safety concern. And they probably won’t impact system function. They just point to an inexperienced contractor or lack of due care. There was unnecessary expense incurred, increasing the potential price to the homeowner. These are all things that could go wrong with your installation, but you wouldn’t even notice them. It isn’t important to you.

In fact, there was a lot done right with this installation. I like the equipment selection. The conduit supports are the type I use (for rust-proof and UV resistant support). And things were installed square and level. A layperson may not notice any of that. It’s not important if they don’t recognize it.

So What Is Important?

What you do care about is your experience both during and after the installation. And that’s where out of town contractors fall flat on their faces.

The job I inspected today was done in December 2019, and it failed its first inspection late that month. No surprise there. The plans were not on-site for the inspector to see. Of course, since the contractor is from Tampa, the plans aren’t going to teleport themselves to the site. They have to be delivered. It wasn’t re-inspected until January 8th, which resulted in… another failed inspection – paperwork still missing. Fast forward to January 24th, and the job finally passed the final inspection.

The system was first turned on January 22nd for testing. Then it was shut off, as required until the utility company swapped out the meter, which usually happens within a week in this area. That assumes the contractor follows through with the required paperwork. Fast forward again to February 11th when the system is finally turned on and starts doing what it should.

It was over a month and a half from the completion of work to the system actually working. That is unacceptable.

But that isn’t even why I was called in by this client in July 2020.

This system owner became exasperated after calling the big Tampa contractor and being told that he would be called back within 48 hours. His monitoring system had lost connection to the Internet. Did the distant contractor call back? Of course not. That’s when he sought out my help. I drove out within the hour and was able to resolve the issue in 10 minutes.

You’d think this is a rare occurrence. Sadly, it’s so common that I have to turn away work on competitors’ systems.

Now I’m not always going to be able to drop everything and take care of a competitor’s client within the hour. I can’t even promise that for my own valued clients. But you can rest assured that I take service after the sale VERY seriously and address all concerns expeditiously. And being LOCAL helps me take action quickly. I don’t take on contracts in Tampa – and Tampa contractors have no business doing installations here. I am state certified to work anywhere in Florida, but common sense tells me I can only provide stellar service in a reasonable geographic area.

The crazy thing is that this issue could have been resolved remotely. It was a simple Internet connectivity issue. The manufacturer puts out a detailed guide for system owners on how to get reconnected if there is a problem. All the big Tampa contractor had to do was email the client a link. I could have done that, too, but I love the opportunity to see competitors’ handy work and I happened to be going near this client’s home anyway. So I offered to drop by and see what was going on.

All I had to do was reconnect the monitoring device to the home’s Wi-fi. Easy fix. Back in business. No power lost… no data lost.

All systems GO! Solar monitoring is back online and my new client is very happy he called.

The bottom line is that hiring a contractor that is hours away from you will inevitably lead to a poor experience in some respect. It will also likely lead to your calling me to fix something. It might not be in the first day, month, or year, but eventually, you will call. And I will be around to pick up the pieces when your unresponsive contractor can’t get the job done.

Another Little Tidbit About This System

This is an aside, but while I was researching this client’s issue I took a look at his energy production chart. Something amused me quite thoroughly. For the first month after his system was turned on, the monitoring site reported that his energy consumption was much higher than solar production. The problem? The reverse was actually true. The graph abruptly changed on March 16th when the installation error was apparently resolved.

The average Joe would not spot the reason for this error, but it amused be enough to take a screenshot.

This can only mean one thing. The installer failed to verify that the monitoring hardware or software setting was correct at the time of installation. This is basic installation 101 for this manufacturer’s equipment. But I see people mess it up all the time. Not correcting this for over a month is further amusing (not for the client, of course).

The installer forward dated the consumption monitoring so it would no longer show up on the client’s monitoring site, but the damage was already done and as an installer, I can dig deeper into the data. This kind of thing brings a little sunshine to my day. I snickered.  🙂

I will give the original contractor credit where it is due. The solar panel system seems to be adequately sized to meet 100% utility electricity offset on an annual basis. In fact, it might have been oversized, which isn’t necessarily a good thing. Nonetheless, the homeowner should be happy with a near-zero bill throughout the year.

This kind of after the sale issue, however, is an annoyance, and totally avoidable. And a local contractor can fix mistakes in a timely manner.