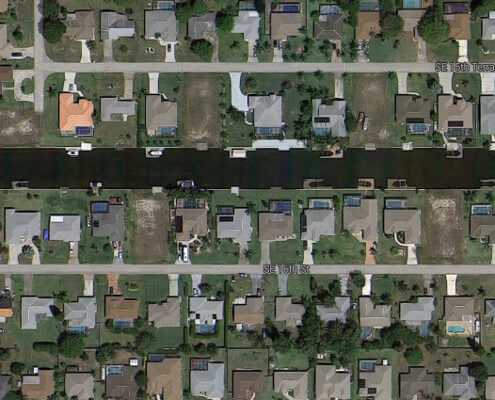 I have been asked “why Southwest Florida.” The markets in Tampa, Orlando, and Miami are much larger urban centers with far greater population. It seems like the solar energy business would be much better in these populations centers where there are far more residential energy customers. Florida is a sleeping giant when it comes to solar energy market potential, but the urban centers may not be the best place to target for solar energy growth.

Urban solar power is difficult everywhere, and Florida is no exception. Most urban areas have lots of shade from tall buildings and old trees, condo and apartment dwellers, and multi-family housing complexes where solar is not a viable option. Single family homes in urban environments are typically characterized by small lots and consequently small roofs. Energy needs for homes with smaller footprints may not be much smaller homes using more land, especially if they are multi-story or older inefficient homes. The urban landscape can be a real challenge for solar power, but it is still possible.

In direct contrast are the sprawling suburban neighborhoods of Florida. Lots are usually larger and most homes are larger single story or large two-story, making roofs bigger. The suburban landscape is often the better not just for the larger roofs, but landscaping tends to be purposeful with fewer old growth large deciduous trees that cast massive amounts of shade on roofs. Larger lots also means homes are less likely to be shaded by structures and trees on adjacent properties, which are often deal breakers for prospective clients. 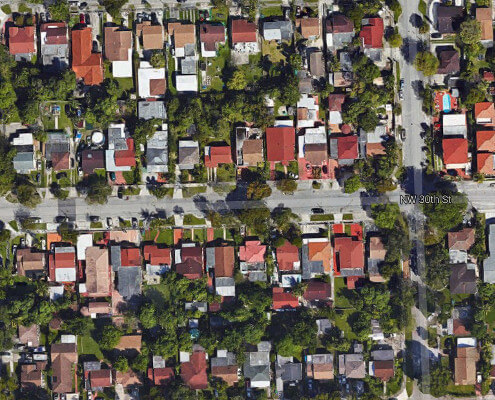 This urban area near Boca Raton is a challenge for solar energy with smaller lots and very small rooftops. 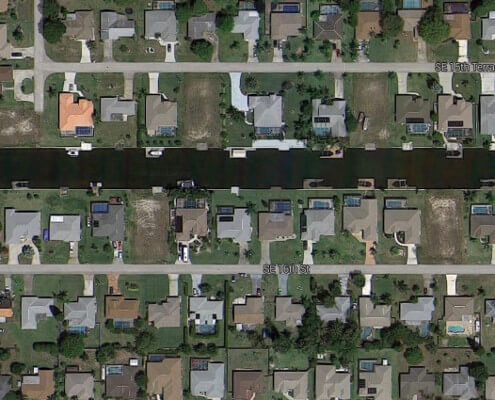 Taken at the same zoom level as above, suburban Cape Coral. FL is perfect for solar energy with sizable lots and homes with large roofs oriented with south, west, and east facing roofs.

There are plenty of urban solar opportunities, but Southwest Florida offers a great escape from the bustling metro areas in Florida, and the solar rooftop potential is amazing. With so many pool homes and larger single family homes in suburban areas, electric bills are often higher, making this market a prime target for homeowners desiring to reduce electric bills. It also happens to be one of the best solar pool heating markets in the nation. The larger roofs and ubiquity of pools in the area makes Southwest Florida a perfect area to install solar panels on your home.