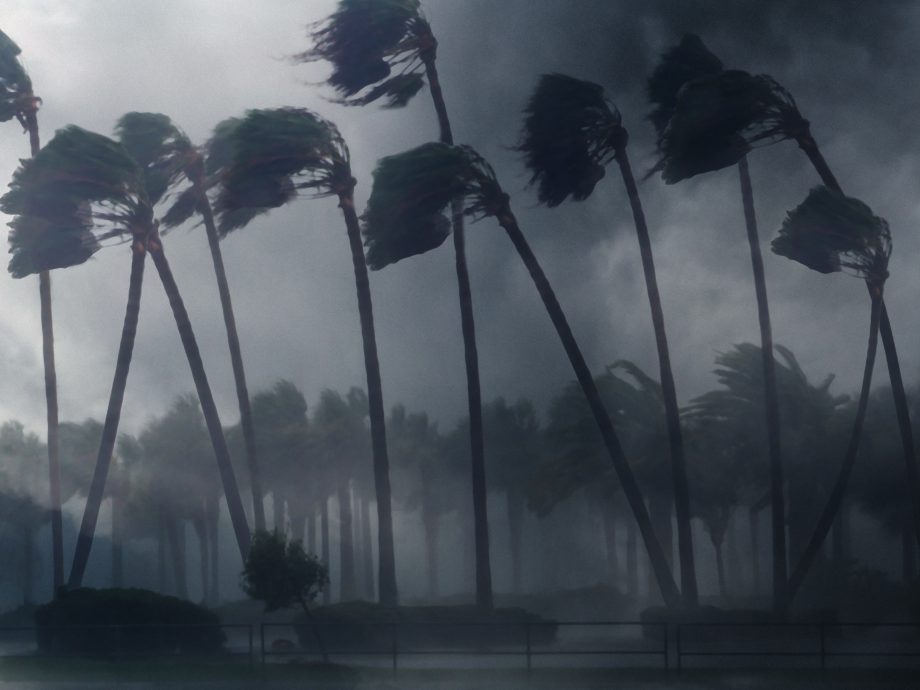 Given the prevalence of hurricanes in Southwest Florida, people naturally want to know what kind of wind speeds solar panels can handle. Unfortunately, that’s a loaded question with no real, direct answer. Nobody “knows” for sure, but we have lots of anecdotal data. There are way too many variables to provide a succinct answer. And, there are no guarantees.

The Florida Building Code (FBC) requires that solar panel system are engineered using the methodologies established by the American Society of Civil Engineers (ASCE). The current version of the standards used for calculating wind loads on things like roofs, walls, and solar panels is ASCE 7-16. The methodology has changed over the years as new data and technology comes available.

There are wind maps published and adopted by each County that tell engineers what design wind speed must be used in the formulas that calculate the wind pressures in various zones of various roof types. In Southwest Florida, engineers use design wind speeds varying from 150 mph to 180 mph depending on the location.

But that’s only part of the story.

The wind pressures expected on roofs are calculated based on other factors like exposure category, which attempts to segment buildings based on proximity to open water and terrain roughness in the upwind direction. Then there is roof height and pitch. And the roof type (hip, gable, or flat) also makes a big difference. And new in ASCE 7-16 are “exposed” panels versus “normal” panels, which depend on the distance of the panels from roof edges relative to height.

Once all of the various theoretical factors are considered, the engineer determines the wind pressures that might be expected in each roof zone (the edges, hips, ridges, and central field of the a roof). Based on these uplift calculations, the number of attachments required is determined after considering how much pull out strength the fastening system is expected to have at each point (which is another theoretical value). Then the span of rails is considered. The maximum rail span comes from published engineering tables provided by the manufacturer.

And then there are the panels themselves. Can the panel itself withstand the wind loads that may be imposed on it? Manufacturers perform tests that indicate the forces that panels can withstand (for snow load and wind load, downward and upward). Panels are often tested from 1600 Pascals to 5600+ Pascal. But these are just test loads, and may not consider all real world scenarios. The panel itself is often the most likely failure point.

Ultimately, that might be a good scenario. A panel blowing out could protect the mounting system from stresses beyond what it could handle, protecting the waterproof integrity of your roof be relieving pressure on the mounting system. That doesn’t bode well for the solar panels, and could create wind borne debris, but your roof is more important since it forms part of the building envelope.

And how would you know what the wind speed was anyway if your solar panels flew off your roof? Are you planning on standing out there with an anemometer, measuring the wind speeds and gusts? I surely hope not. Weather data does not provide a full picture. When you hear “sustained winds of X and gusts of Y,” that is just what is measured at a particular station or theorized by a meteorologist. Microclimates, downbursts, tornados, and the Venturi effect from wind traveling between buildings can result in air movement that is well above the design wind speed.

So on one hand, the best we can say is that all bets are off. Mother Nature is so powerful and unpredictable. On the other hand, we have lots of anecdotal data that says solar panels are very resistant to storm damage. Local hurricane history has shown that sometimes damage is just completely random. I observed there identical homes in a row in Naples where two had mangled pool enclosures after Hurricane Irma, but the one in the middle suffered no damage whatsoever!

And that brings up another point. The building code is there to protect life and property from catastrophic damage. It is not a guarantee that you will not sustain damage, even in a modest storm. And there is certainly no guarantee with respect to wind speed. For example, around Southwest Florida, all roofs are designed to a specific required wind speed, but that does not mean they will not be damaged in a storm with winds at or below that level. That’s not how the building code works, and it would be impossible (or impractical or unacceptable costly) to design and build to a level where no damage would be sustained. That applies to all aspects of building construction. Nothing is perfect.

Sometimes the truth hurts, but the bottom line is that nobody can tell you what wind speed your solar panels will sustain. Parts wear out, theories are proven wrong, micro-climate events can greatly exceed the design wind speeds, and other factors exist that may not be covered by the methodologies employed.

On a great note, the mounting system for solar panels could strengthen your roof structure. Since we are often sandwiching your roof decking to the truss structure with heavy duty fasteners, the connection of your roof membrane itself may actually be improved. After Hurricane Irma we saw many roofs under solar panels that were in pristine condition whereas there was damage on other parts of the roof!

The best we can do as an industry is to adhere to the best information we have available and do the best work when installing products to meet the requirements of the installation. That usually results in remarkable resistance to wind.