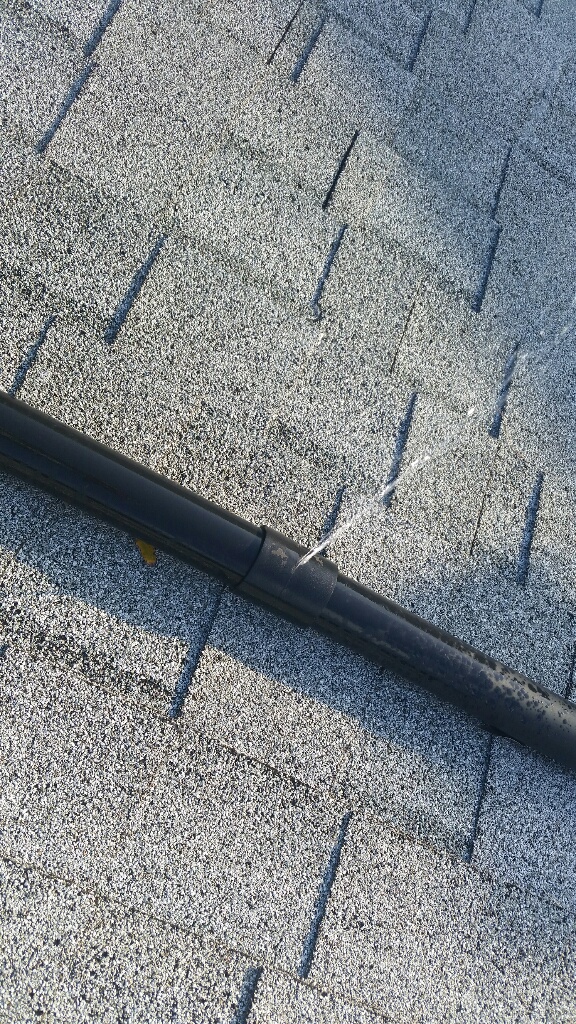 When it comes to selecting black or white PVC pipe for plumbing your solar pool heating system, there are some important factors to consider, both generally and locally. While black PVC pipe is available, there are some important reasons you should avoid it if possible. Some Homeowner’s Associations require the use of black pipe on the roof in a shortsighted attempt to make it “look better,” to the detriment of the homeowner in the long run. In this article we will explore the reasons that white PVC plumbing is preferable, and why painting PVC pipe isn’t a great solution.

Note that all of the pictures in the above slideshow are from installations done by other solar contractors.

This is obviously subjective at best, and shortsighted at worst. While the initial aesthetics of black pipe may seem better, especially when you are admiring your new solar panels, that quickly fades. Most owners and passers-by eventually stop looking up and solar panels become an afterthought. More importantly, problems caused by black and painted pipe eventually defeat the initial intention to make things look good. Keep reading to learn why.

It’s really hard to perfectly match pipe color to roof an wall surfaces. You can buy terra cotta colored PVC paint for pipe on tile roofs, but it rarely matches multi-colored roofs well. Most roofs, even shingle roofs, have multiple hues. Matching faded wall paint with paint made specifically for plastics is impossible, and using the wrong paint has serious drawbacks. Regardless of the paint type, it never lasts long on PVC, flaking and fading quickly. This makes the pipe look far worse than if it were just left white in the first place. If you really want to paint your pipe, prepare for a maintenance cost. Repainting flaked PVC pipe will just make the next coat last an even shorter amount of time.

The surface area of the sun-exposed pipe on your roof is minuscule compared to your solar collector area, and the pool water is travelling at such a high velocity that the heat transfer in feed and return plumbing is negligible. The difference between white and black plumbing in terms of heat transfer is not a factor. Schedule 40 PVC with it’s thick pipe wall is a terrible conductor of heat anyway. PVC is an insulator, not a conductor.

The real problem with black pipe is that it has far less resistance to heat and UV radiation. Hot water in pipes, especially when stagnant, can rise to temperatures that soften black pipe to the point that it deforms. Here are the major problems observed with black plumbing:

Black pipe tends to fail more along the return line where hot water can reach quite high temperatures, especially during stagnation. Long horizontal pipe runs, especially if not supported properly, will eventually sag, causing low spots where water is trapped, further accelerating the issue. Horizontal pipe runs, especially above horizontal plumbing runs where water pools, tend to warp and swell. However, there are two situations where the issue tend to be the worst — tile roofs where the return plumbing goes over hips, necessarily trapping water that can’t be drained, and system that are not plumbed to drain at all (like over a gable roof).

Water goes downhill, and if plumbing traps water anywhere in the system, there is a chance that it will eventually exceed the pipe’s ability to withstand the temperature and deformation or discoloration will happen. We even see this with white pipe that will discolor to a yellow-purple color, and can even warp and sag.

Southwest Florida has more days where pools do not require heating than just about any place in the United States. That means solar pool heating systems are subject to being shut down for long periods of time, and stagnation can last much longer. Also, we have many seasonal residents that are absent during the hottest summer months. For those that have long period without use of their system, we recommend “summerizing” your system, which includes positively draining and isolating it (as in, no water flow to the collectors or roof plumbing). This is especially important for system owners who have been advised that their systems have extenuating circumstances, like poor or no drainage, or black pipe over tile roof hip caps. We have heard far fewer problems from even north and central Florida, and we suspect it is because of the shorter time-frame where systems are turned off in cooler climates.

If you have a system that does not fully drain naturally, it is critical that a manual drain valve be installed for freeze protection, but this valve also serves as a means to “summerize” your system. If your dealer did not install a method to at least drain your panels fully, shame on them. 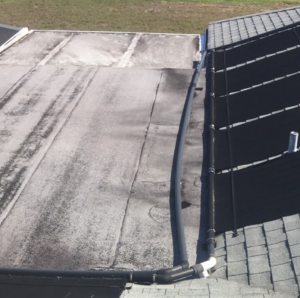 Black pipe fades and warps, especially when not properly drained and secured.

Black pipe fades in the sun over time. That in itself is not an issue, but solar panels have far more additives that resist fading, and eventually the “black” pipe fades to a light gray that no longer matches the panels.

In extreme cases, black plumbing has been know to collapse completely. When your pump turns off and solar panels drain, a vacuum can form causing negative pressure, collapsing soft pipe. All systems should have a vacuum relief valve installed to prevent this. However, at least one of our competitors places the vacuum relief valve in a location where air has a hard time entering the system to relieve the vacuum during drainage. While this issue can occur with white pipe, it is far more likely to be an issue with black pipe.

If you are in this unfortunate situation, there is not much you can do except rely upon your installing dealer to make your system drain properly, support all pipes properly, and advise you on proper procedures to prevent stagnation of water in your system. We recommend that once you reach the summer season where you are not heating your pool, to fully drain your system and isolate it to prevent any water from entering and stagnating in the system. You may encounter repair costs during the life of your system. While white PVC plumbing is cheap, black PVC costs about twice as much and you might be hit with unexpected repair costs not covered by warranties that cover only manufacturers defects. Warped, swollen, and cracked PVC pipe due to overheating is not a manufacturer’s defect (regardless of what some dealers tell you about warranty coverage).

We comply with HOA requirements when necessary, and sometimes go to battle for our buyers. The HOA usually wins, not because they are 100% right every time, but owners understandably don’t want to ruffle feathers in their own neighborhood. In the end, a system with black plumbing can be installed to minimize issues, but not eliminate them.

If you have the option, install white pipe and do not paint it. Live with it. You will find that the system blends in and you won’t even notice it after time. If there are short sections between banks of panels, we can install black pipe there to minimize the color differential. However, for longer horizontal and vertical plumbing runs, stick with white pipe for the best longevity and customer satisfaction.

If you insist on black pipe, we will not argue with you, but we will educate you first. We do offer black pipe as an alternative, but because it does cost more (pipe and fittings), expect to pay a slight premium.