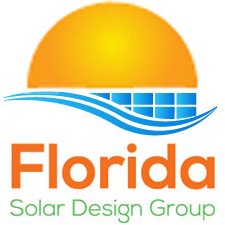 The most obvious entity that has us locked down in chains is our own utility company. We are beholden to the monopoly that is charged with providing us with reliable electricity at a fair price. That utility has a clear motive to sell you as much electricity as possible  given that it’s profit is directly tied to its costs.

With an essentially guaranteed profit margin, there is no real incentive for a utility company to help you reduce your energy use.  For every unit of electricity you produce with solar electricity, they lose a sale and the associated profit. They can’t make up that profit elsewhere by charging other customers more.

Declaring independence from your utility company is difficult and expensive. To truly cut ties you need a way to store excess solar energy (batteries) for use at night and when the amount of sunlight falls short. Because of the costs involved, most people decide to become interdependent by installing a grid-interactive solar energy system, effectively make the utility grid act like a giant battery.

Whether you believe that the United States is bloodthirsty for foreign oil or not,  there is no question that power grabs for energy sources have plagued the world and caused immeasurable suffering and war. While much of the fuel used for electricity in Florida is sourced from North America, the fossil fuel market is global and precarious. We are heavily reliant on natural gas for our power plants.

As demand for natural gas increases overseas,  the competition for this natural resource could drastically increase, causing prices to skyrocket. This is a real risk, making Florida’s reliance on natural gas dangerous. Converting to a different fuel would put massive investments in power plants in jeopardy and leave Florida’s ratepayers footing the cost.

As noted previously, Florida is dependent on natural gas,  an exhaustable resource. Like a retiree worrying if their savings will be enough,  we know that eventually we will run out of natural gas if we live long enough. Hopefully that will not be in our lifetime,  but do we really want future generations left to bear the costs?Converting to an everlasting solar resource is within our reach,  and declaring independence from a dead-end fuel is now possible.

Our declaration of energy independence will not be nearly as dramatic as the events of July 4, 1776, nor will it take effect as quickly. America continued its fight with the British for decades following the Declaration of Independence. Similarly, energy independence will have its battles. These battles are taking place now in state legislatures and Public Service Commissions across the nation, including Florida’s.

True and complete independence may be elusive and shortsighted. As our nation remains interdependent with the global economy, solar energy may be better viewed as one of the energy sources we rely upon in a greater mix. There is a place for wind, biofuel, hydroelectric, and even fossil fuels in our future. Despite our prior differences, we now call the British our one of our closest allies.

Energy independence will create new alliances and reliance. Battery tech will become critical, and may result in new dependence on exhaustable resources. Reliance on transmission and distribution of solar energy will not end,  and reliability and redundancy will be needed. While true and complete energy independence may be elusive, striving toward the goal is something we should pursue aggressively and urgently.