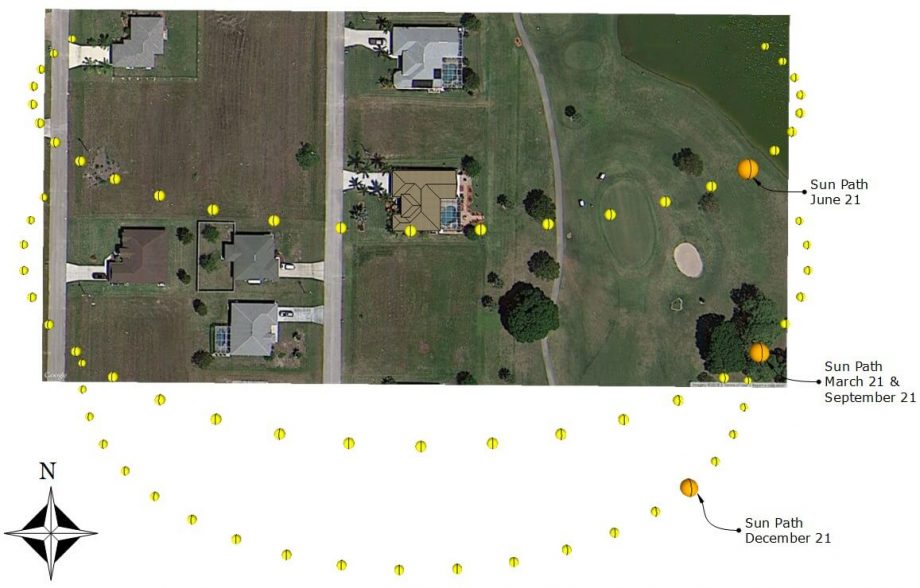 Sure you can… but you shouldn’t put solar panels on your north roof if you have an option. We get a surprising number of people claiming that their north roof gets more sunlight than their south roof in Southwest Florida. It simply isn’t the case (save for shading issues).

Take a look at the sun path analysis for a typical home in Southwest Florida below. 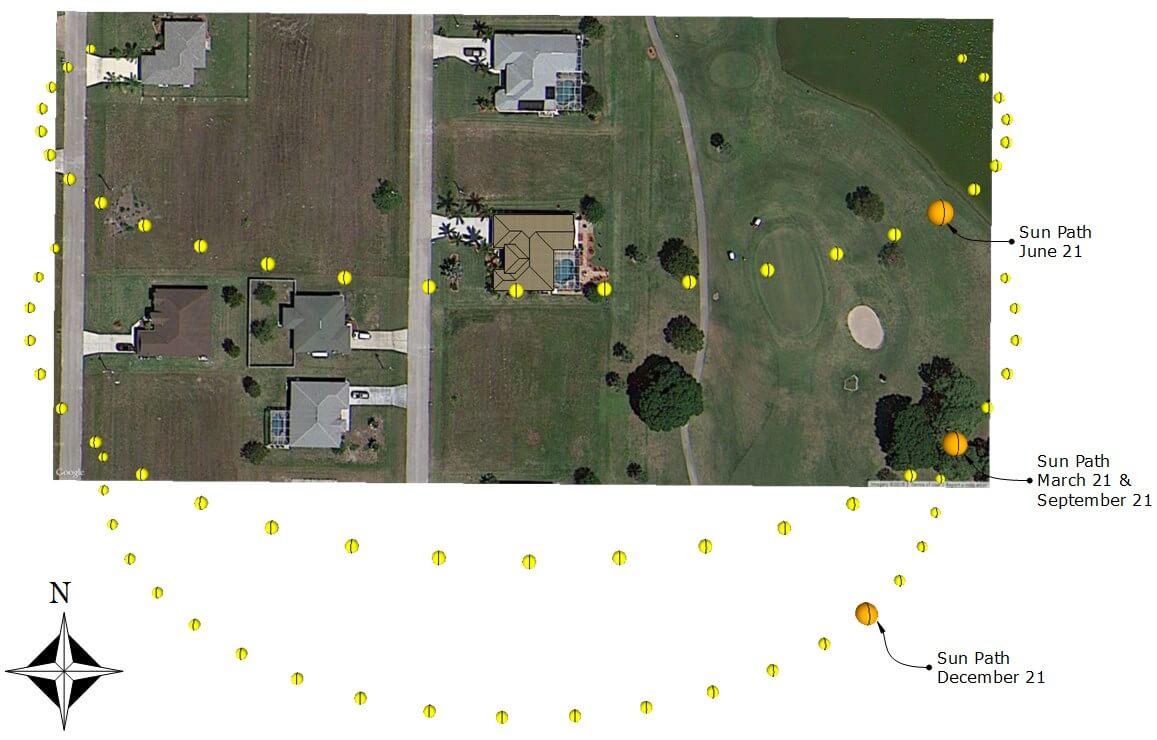 The sun path for the same home as above shown in 3D.

Each sphere represents the sun’s position from sunrise to sunset relative to the home in 30 minute increments. Note that for the bulk of the “solar window” annually the sun is to the south of the home, making the south roof far more productive than the north roof in terms of solar energy production.

In fact, it’s pretty easy to compare the solar energy production on the north vs. the south roof, and for any orientation given the roof pitch and azimuth. There are publicly available tools available that take into account solar irradiation and weather that predict solar energy production that you can expect for any location and orientation. In Southwest Florida, on a roof with typical pitch you can expect 1,618 kilowatt-hours (kWh) per installed kW per year on the south, and only 1,175 kWH on a north facing roof with the same pitch. The loss of production is pretty dramatic at over 23%.

Note that shading is also a major consideration. If you have a heavily shaded south roof, a north roof may actually be a better location for solar panels, but you will need more panels to achieve your production goals. This comes at a cost, and reduces your return on investment.

If you want to install solar panels on your north roof, you can definitely do it, but expect a performance impact. The north roof is definitely not as productive as a south roof anywhere in the North America, and Florida is no exception. The flatter the pitch of your roof, the less of an impact you have, but for typical pitched roofs in Florida, it is best to avoid using any roof that is north of due east or west. We can calculate the performance impact and advise you on what kind of performance impact you will have on any roof.

Here is a 3D interactive computer model you can use to pan, tilt and zoom to get a better idea of the sun’s path relative to a Southwest Florida home: