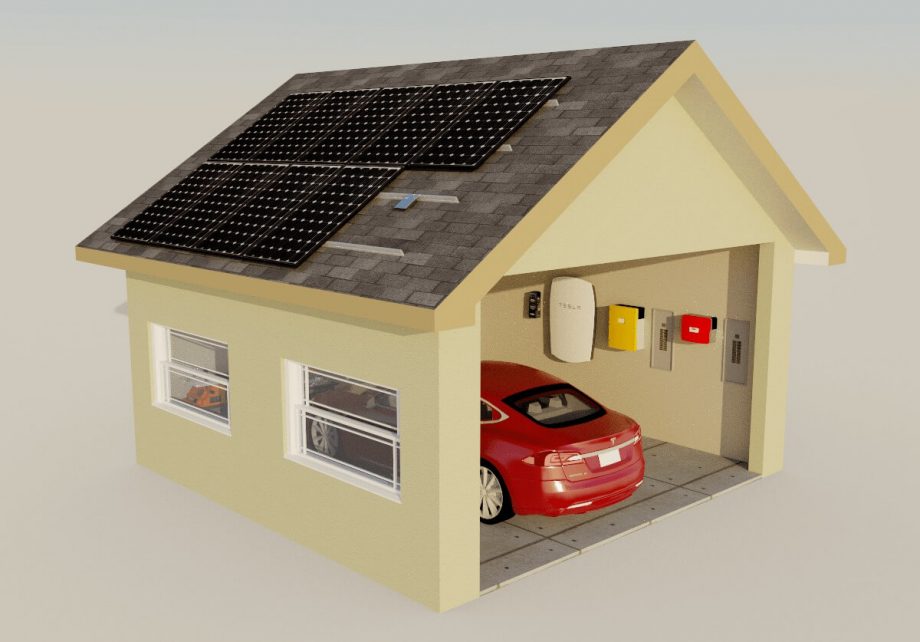 Mouse over the image hotspots to learn more about each component. (Note: on mobile devices, the hotspot text may appear below the images).

There are multiple ways that solar energy can get transferred to your Tesla Powerwall battery. Each has it’s advantages and disadvantages.