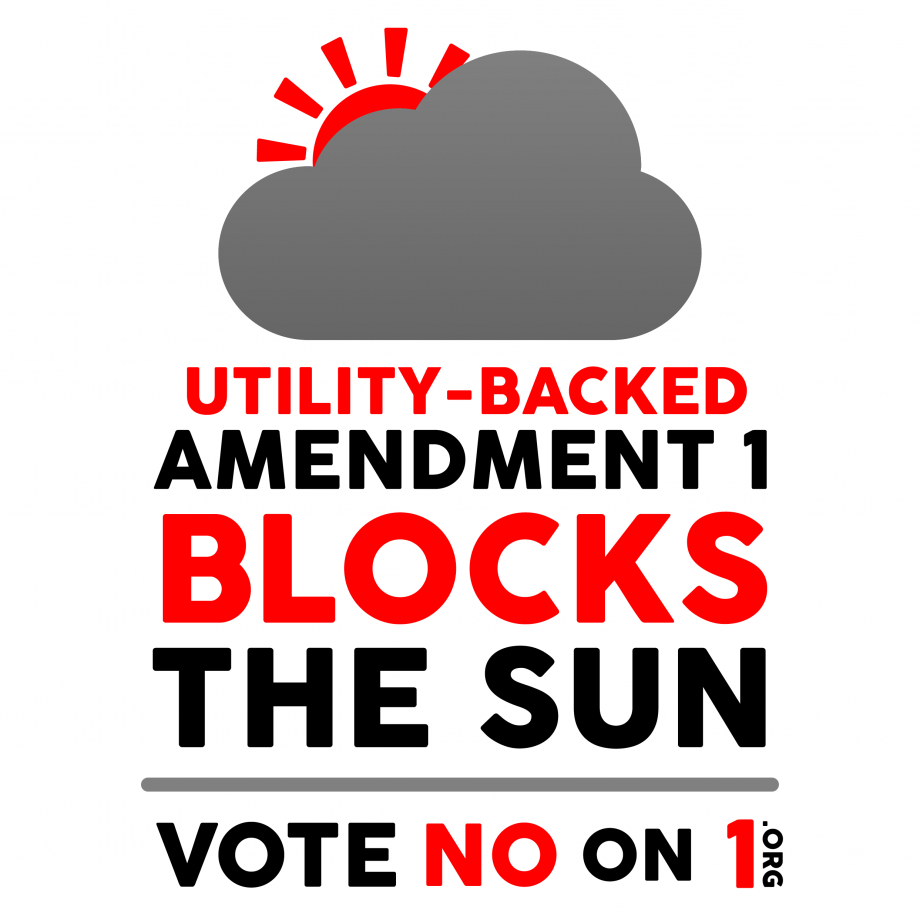 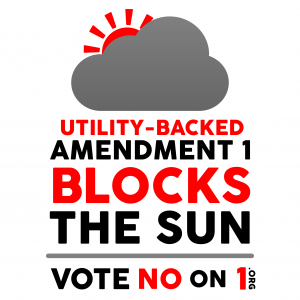 Amendment 1 is a Utility Backed Sham – Bad for Florida

On November 8th Florida voters will go to the polls and will be presented with Amendment 1. This is our opinion on that Amendment, which would be devastating to the solar energy industry in Florida.

We currently have a system that is law that allows individuals to buy solar panels, connect to the grid, use as much solar energy as we want, and sell excess back to the grid at parity (for the same price we buy it). The system is seamless, providing power to your home or business in parallel with the utility with what’s known as a grid-interactive solar energy system. This system, which is really just a billing process, is called Netmetering.
Florida is only one of 4 states where only utility companies can sell electricity. In the other 46 states, large solar contractors, which often look more like financing companies, will install solar panels on your home for free in return for your agreement that you will buy the solar electricity that is produced for a set timeframe at a set rate. It allows you to have certainty in your electricity costs for a long term, hedging against increasing electricity rates. Smaller contractors also participate by partnering with third party lenders.
This type of financing is called Power Purchase Agreements, or PPAs. And they are banned in Florida.
This prohibition against selling electricity is what is stifling Florida’s solar energy industry, so the industry sponsored a ballot initiative that would reverse this anti-competitive law, putting us more in line with the rest of the nation. We (the solar industry) started collecting the 700,000 petitions needed, and were well on the way.
The utility companies saw the writing on the wall, and decided to fund and direct a competing initiative. This subversive and disingenuous campaign was initially intended solely to crush the initiative put forth by the solar energy industry. To squash our chances, utility companies started hiring all of the lobbying firms that collect petition signatures for initiatives of this nature. This had the effect of driving up the price of signatures to an unaffordable level, effectively crushing our chances. They spent millions on this effort.
In the process, they actually got the required signatures to get their Amendment on the ballot, bamboozling an uninformed public with shady language. In my opinion, this victory was a surprise to them, but they had to back the initiative to save face, so they continued to pump millions of dollars into it.
So what is Amendment 1? What it does it perpetuates the status quo. Effectively, it just puts the current Netmetering rule into the state constitution, solidifying the utility companies’ monopoly on selling energy derived from any source including the sun. You can still install solar panels if you can afford to pay for them up front or get a traditional loan, but the massive benefits of Power Purchase Agreements that have made solar energy available to the masses nationwide would be permanently banned in Florida.
It’s a sham – and a shame. The confusing title and language make the Amendment sound pro-solar, but it has the effect of crushing your individual freedom and opportunity. It benefits the utility companies at the expense of Florida’s property owners.