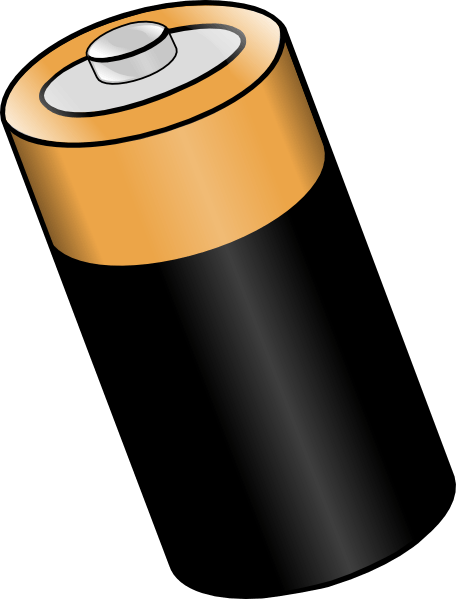 I was pretty critical in my last article about the new Tesla Powerwall Battery, and I rarely cover the same subject in two consecutive posts, but the phones have been RINGING OFF THE HOOK! Everyone wants to learn more about this amazing device that powers their house with a battery, and the advertised price is simply amazing!

Despite my negativity in the last article, I want to make it clear that the battery system is amazing, and it is a step in the right direction. Anything that comes out of Tesla is going to work great and look even better. The question is, does the battery live up to the hype? Since we have fielded numerous calls with excited people ready to hang this thing on their garage wall, I have gathered some misconceptions that people may have about it, and hope to help you make an informed decision about whether this product is right for you, right now.

The Tesla Powerwall Battery will power everything in my house during an electrical outage!

The rated output on the battery is only 2,000W. That’s enough to run your toaster and hair dryer simultaneously. Using more power than that will exceed the rating. This is not a big battery. It can’t handle big loads like air conditioning and electric water heating (common in Florida). You can parallel several batteries together, increasing both storage capacity and output capability, but the cost multiplies quickly, and most medium sized homes would require somewhere be 4 and 8 batteries to effectively handle outages of any significant length of time.

For just $3,000 I can have a complete battery backup with the Tesla Powerwall!

Unfortunately, that is not the case. The battery is only a small fraction of the cost of a battery backup system. The other electronics and wiring (and rewiring) required is a substantial cost. In the case of a whole house backup, the cost will be astronomical by most people’s standards. The cost of installation, permitting, design, and dealer profit will make a typical single battery system 4 times the cost of the battery, and the largest multiple battery systems may cost about 3 times the battery cost. If you want to parallel several batteries together, a complete battery backup system can easily exceed $50,000.

The Tesla Powerwall Battery will save me money!

Actually, it will cost you money. Keeping batteries charged requires electricity, and that electricity has to come from somewhere. In the case of a straight battery backup system, that power will come from the utility grid, and you will be billed for the electricity accordingly. When the power goes out you will effectively be using electricity for which you already paid, and when the lights come back on you will have to pay to recharge the battery. You can use solar energy to power your home and deliver electricity to the battery, but the solar panels and any of the electronics are not included in the price of  the battery.

I wish! Based on the consumer interest, we would love to install them for early adopters. However, it was just announced and it will take months to start hitting the market. Solar City (founded by the same founder as Tesla, Elon Musk) will dominate the supply chain, and Solar City does not do business in Florida. While some local dealers may pop up and get a supply of the batteries, the question then becomes, is this the right time to buy the Tesla Powerwall Battery? Which leads us to…

The Tesla Powerwall Battery is cheaper than anything ever before!

Actually, it’s a lot more expensive. Battery backup and off-grid solar with battery backup has been around for decades. There are other battery technologies that offer more capacity at a lower cost — far lower. Lead-acid, sealed lead-acid, Gel, and Absorbed Glass Mat (AGM) batteries have been the mainstay of the solar energy industry for a long time, and have stored energy for many off-grid homes and battery backup systems. The problem is that they are big, heavy, ugly, require maintenance, are difficult to install, and still cost quite a bit. There is an argument to be made for the longer life and lower maintenance of the Tesla Powerwall over other battery technologies, but strictly based on price and capacity, there is nothing revolutionary about this product.

So why all the hype?!

So why does everyone want a Tesla Powerwall Battery?

I love marketing. It was my major in college for a while. The Tesla marketing machine has created quite the buzz about solar batteries, and it’s great for the industry. People clearly want to cut the cord from the utility companies, and this is a step in that direction. We are fielding a lot of questions because of the announcement and many people are learning how a “traditional” grid-interconnected solar electricity system is affordable and exactly what they really want. There will be a lot of early adopters that bite the bullet and buy the Powerwall early, and they will love it for what it is, as long as they understand the limitations. For the rest of us, there are solar solutions that actually offer a real return on investment today.

The Tesla Powerwall is the first consumer friendly, approachable battery. It has some inherent safety advantages (although there are still concerns about thermal issues with lithium ion batteries). It looks great (I keep saying that).

I equate this to the latest iPhone. It’s hardly a game changer. It does basically the same thing the last one did. In fact, most of the fancy new features are not in the hardware, but in the new operating system. It’s the consumer interface that has created all of the buzz with the Tesla battery. The promise of a simply device that hangs on the wall and solves all of your energy woes makes everyone want it… now!

What promise does the Tesla Powerwall Battery technology actually hold?

There are a few factors that make battery backup really important to the solar energy industry. Right now we rely on the utility grid to essentially store excess energy delivered from solar panels on homes and businesses. The utility grid is effectively a huge battery. In reality, what happens is that excess solar electricity is delivered to non-solar households, and the utility company keeps track of how much. You get credit for overproduction and can use that credit when the sun is not shining. In effect, the utility company is your battery. There is no reason to install a battery in your home, which actually costs you money, unless you demand power when the utility grid goes down. There are far more cost effective ways to do that, like buying a small generator.

From a consumer standpoint, it would be great if you could store excess solar electricity in your home battery when electricity prices are low and then draw from your battery when electricity prices are high. In some areas of the country, residential customers have Time of Use (TOU) metering. Electricity prices are higher in the daytime than at night. If you could store cheap utility electricity at night, then use solar panels during the day to balance the amount of energy you need in total, you could cut your costs dramatically. In Florida, residential customers pay the same morning, noon, and night, so there is no advantage. This may change in the future, because it costs utility companies much more to produce energy during the day (peak load electricity) than at night (base load energy). There is a huge advantage to both utility companies and society as a whole to even out the energy delivery across the power grid.

Ideally battery technology will allow people to cut the cord entirely and use a combination of solar power and battery storage to meet all of our energy needs. There are several things holding us back:

The Tesla Powerwall Battery is an exciting and promising consumer friendly product that will likely keep the phones ringing for a long time, which definitely excites me. Future advances and lower prices for both this product and complementary products will undoubtedly shift the balance in favor of going off-grid or installing a battery backup system to go with solar panels. The fact remains that batteries do nothing but cost you money right now. Unless you have a critical need to have a reliable backup power source other than a generator right now, there is no reason to get wrapped up in the hype of this emerging technology. You can install solar panels today in a cost effective way to actually reduce your electric bill without battery backup. Ask yourself: when is the last time you lost power in your home, and what price would you have been satisfied paying to eliminate that inconvenience?