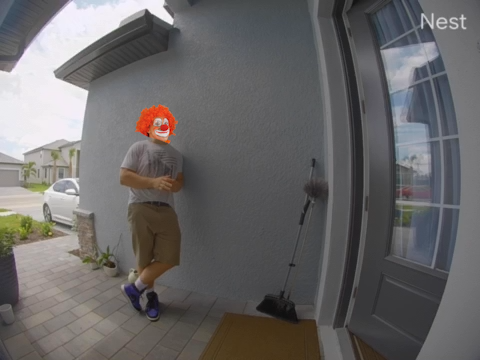 There is a practice in the solar energy industry that you should know about. Door-to-door selling has been around forever. The people that sell solar door-to-door really don’t sell anything. We call them “door knockers.”

The idea of knocking on doors is simply to gauge your interest in solar energy. Once you are targeted with some disingenuous questions they will try to extract your contact information so a high-pressure salesperson can swoop in to give you the hard sell. The sole goal of a door knocker is to set an appointment.

Door knockers are usually paid for getting a confirmed appointment. They are highly trained and skilled at tactics and the language used to distract, misdirect, and persuade. You will find them making bold statements not backed up with details and depth. They usually know next to nothing about solar energy. They just know how to achieve their goal.

A Glimpse Into How Door Knocking Works

There are several keys to a lucrative neighborhood. Good roofs would be a high priority. Middle-class families who are likely to purchase on credit are often targeted. Older people and those with disposable income are other good targets. One of the top places to camp out for a door knocker is a new neighborhood.

In Southwest Florida, we have mostly gated communities going up. When the community is under construction, the security gates are open, allowing solicitors unfettered access. The roofs are all new, meaning they are not in need of replacement soon. New homeowners don’t know what to expect for energy bills. But the best part of a new neighborhood? No competition!

Being early in a new neighborhood is important. Neighbors talk. It provides the opportunity to dominate the community. But what happens if you are not first in?

If it’s not a new neighborhood, door knockers look for ideal roofs and places where people might be receptive to a monthly payment for solar panels. Most solar electric systems in Florida are sold via solar loans where the monthly payment closely approximates the decrease in utility electricity costs you can expect. Door knockers often have a bad relationship with the truth when it comes to telling people how solar loans work. The idea is to bamboozle clients into thinking they can make no investment and get rich doing that. That’s not the way it works (if it sounds too good to be true…)

Breaking Into a New Neighborhood With Solar Sales

Information is like gold. If you are a new solar energy system owner, you might find someone knocking on your door. But why? You already have solar. It’s because they want information. And new system owners are usually not reluctant to share their experience, especially if they don’t know exactly who they are talking to. Check out this guy that one of our clients caught on their doorbell camera.

Is this clown serious? Watch as he blasts through his question list. He already knows the answers, and/or doesn’t care what the homeowner has to say. He has a single goal – to collect information.

We have talked about shady solar contractors in the past. But guess what we have heard customers tell us? Door knockers have been known to claim to have installed our systems! It’s true. One client even told us that a door knocker approached his immediate next-door neighbor and said his company installed the solar panels at our clients’ house! That’s bold.

Door knocking is the scourge of the industry. It’s the lead generation tactic that is most likely to lead to bamboozled homeowners. Door knocking is more insidious than the deceptive social media ads that offer free solar panels or mystery incentives. It’s insidious because of the way that you get bounced from door knocker to appointment setter to independent sales rep to a solar contractor and usually to a subcontracted crew of installers who have no direct relationship with you.

How To Avoid Scams

Never buy solar panels based on an advertisement or someone who comes to your door. You should seek out a responsible contractor who you pick. Don’t let them pick you. Asking your neighbors can help, but sometimes they might be satisfied, but don’t even realize how much better it could have been (cost and quality). Look to reviews and look at complaints lodged against a contractor (and how it was handled).

And most importantly – BUY LOCAL! A contractor based in Miami, Tampa, or Orlando isn’t going to provide good service after the sale to a client in Fort Myers. Trust me – I’m usually the guy picking up the pieces from botched installations or abandoned clients once the check clears. And don’t let a salesperson say a company is based in Cape Coral or Naples when they just have a satellite sales office there (often a home office). Make sure the contractor’s headquarters and the actual contractor (person) are based in your area. Out-of-town contractors often say they have a local crew based in Fort Myers. That’s code for subcontractors. “Subcontractor” is not a dirty word, and subcontractors can be a useful tool for efficient and quality work, but only when supervised by the contractor hiring them. Without a local presence, subcontractors can run roughshod.