Being good neighbors, most of us are concerned about what neighbors may think when we endeavor to install solar panel on a home. We are frequently asked the question,

“Can my Homeowners Association (HOA) or Condo Association prevent me from installing solar panels or tell me where to put them.”

Generally speaking, the answer is NO, a homeowners association is not able to prevent you from installed solar panels, and that is solidly in law in Florida Statute 163.04. This statute does give the association some power to tell you where to put solar panels, but only if it will not impair the effective operation of the system. While some HOAs would like to dictate that solar panels cannot be placed on the front of the home or visible from the street (or golf course or waterway), the law is clear, and they cannot make such restrictions. In fact, it is extremely rare that an HOA would be able to dictate where to put solar panels anywhere other than the location that makes the most sense from a performance standpoint. The law has been challenged, upheld, and courts have sided very clearly with homeowners on this issue.

From a practical standpoint, you don’t want to end up in a battle with your neighbors or your neighborhood. Most community boards and especially professional management companies are well aware of the law, and rarely present any trouble as a result. Solar is so ubiquitous in Southwest Florida that it is accepted in most every community to install solar panels with few restrictions. Some communities require that you paint pipes and equipment to match the home, but even that can be challenged under the law because it may have the effect of prohibiting the installation of solar collectors and goes against the intent of the law. Most people just comply if the cost is minimal and don’t ruffle any feathers with their neighbors.

The orientation and placement is usually the biggest sticking point. Take, for example, the home pictured below. The most southerly facing roof, the largest roof surface, is the roof that would be most productive for a solar panel system. It is also the only roof that a HOA can dictate that you place your solar panels. If you wanted to place solar panels on the small roof at the back of this house (West-Southwest), the HOA could require that you exhaust the usable space on the South-Southeast roof first. They cannot force you to put solar panels on the roof at the back of the house because it is not withing 45 degrees of true south orientation. In other words, the homeowner would be in the  driver’s seat with regards to location of the solar panels on this home, as is usually the case unless the homeowner chooses to place solar panels where they are less productive, which would be pretty rare. 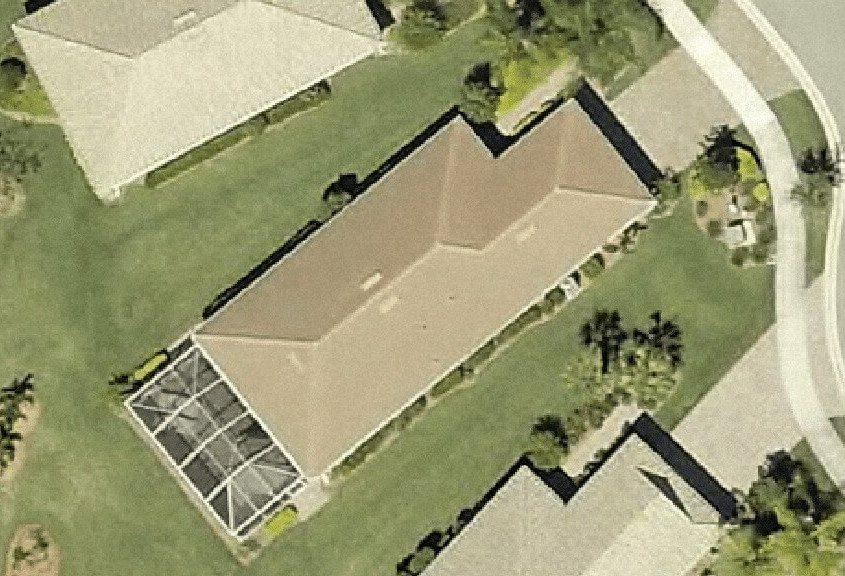 The home pictured here has only one suitable roof, and only one roof where an HOA can dictate placement.

163.04 Energy devices based on renewable resources.—

(1) Notwithstanding any provision of this chapter or other provision of general or special law, the adoption of an ordinance by a governing body, as those terms are defined in this chapter, which prohibits or has the effect of prohibiting the installation of solar collectors, clotheslines, or other energy devices based on renewable resources is expressly prohibited.
(2) A deed restriction, covenant, declaration, or similar binding agreement may not prohibit or have the effect of prohibiting solar collectors, clotheslines, or other energy devices based on renewable resources from being installed on buildings erected on the lots or parcels covered by the deed restriction, covenant, declaration, or binding agreement. A property owner may not be denied permission to install solar collectors or other energy devices by any entity granted the power or right in any deed restriction, covenant, declaration, or similar binding agreement to approve, forbid, control, or direct alteration of property with respect to residential dwellings and within the boundaries of a condominium unit. Such entity may determine the specific location where solar collectors may be installed on the roof within an orientation to the south or within 45° east or west of due south if such determination does not impair the effective operation of the solar collectors.
(3) In any litigation arising under the provisions of this section, the prevailing party shall be entitled to costs and reasonable attorney’s fees.
(4) The legislative intent in enacting these provisions is to protect the public health, safety, and welfare by encouraging the development and use of renewable resources in order to conserve and protect the value of land, buildings, and resources by preventing the adoption of measures which will have the ultimate effect, however unintended, of driving the costs of owning and operating commercial or residential property beyond the capacity of private owners to maintain. This section shall not apply to patio railings in condominiums, cooperatives, or apartments.