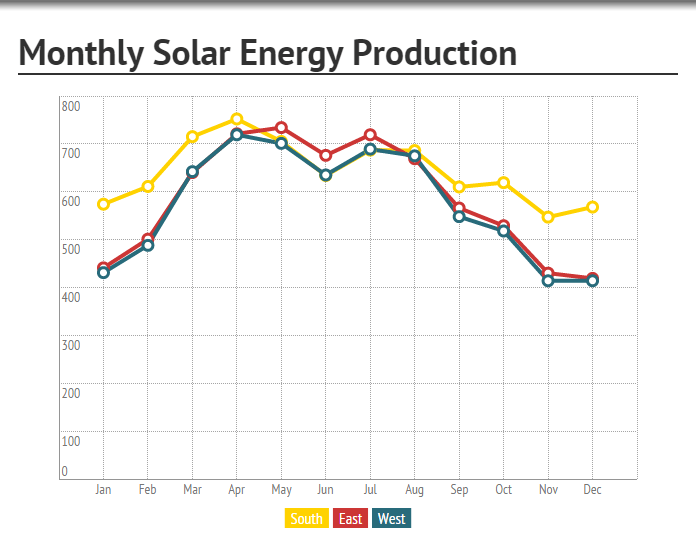 We were contacted recently by a client that wanted to get a system installed fast to take advantage of the best time of year for solar power — summer. Unfortunately, he just missed it, as April happens to be the best month in Southwest Florida for solar energy production!

The best time of the year for solar power in Florida is spring, not summer!

This is not opinion — it’s fact. Fortunately, we can prove it because we have access to a mountain of performance data from actual systems in operation today. Below is a chart of my solar electric system’s out put for the year 2014. My south facing system is roughly 10 kW with some shading on both the east and west sides. It clearly shows the best performance occurred in the spring. 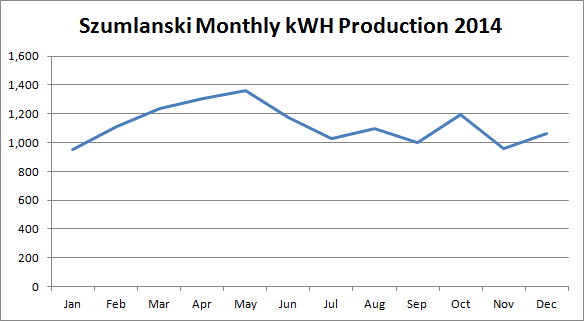 My 10kW Solar Energy System Actual Production for the Year 2014

Every system will have a different curve, and my system suffers from tree shading issues, so it is not completely indicative of the output from an unshaded system. Year to year variations will occur due to weather patterns, but invariably spring results in the best solar energy production.

The actual data is borne out from estimates that we get from the National Renewable Energy Labs’ PVWATTS estimator, which takes decades of weather data and solar irradiance estimates to plot the output from a given solar energy system based on a set of assumption. The graphic below shows the expected output from a hypothetical 5 kilowatt rated solar energy system throughout the year based on three different orientations. All orientations assume that the roof pitch is 5 in 12, a common roof angle for Southwest Florida homes. Take a look at how solar energy production changes throughout the year.

So south is definitely best, but the actual sweet spot is oriented at a true 170º with a 22% roof slope. Obviously we can’t reasonably pick up our homes and turn them to a perfect orientation, so we are left with identifying the best orientation for production on an annual basis, and the differences are fairly small. Pitching panels in a manner that is not parallel to a roof surface costs more than the gains that would be achieved, and reduces total available roof space (because rows of pitched modules need to be spaced to avoid shading).

The best time of year for solar power in Florida is spring, and the annual variation in solar production is dependent on the orientation of solar panels.

When you are ready for a custom analysis of potential solar energy production for your home, get in touch with Florida Solar Design Group.