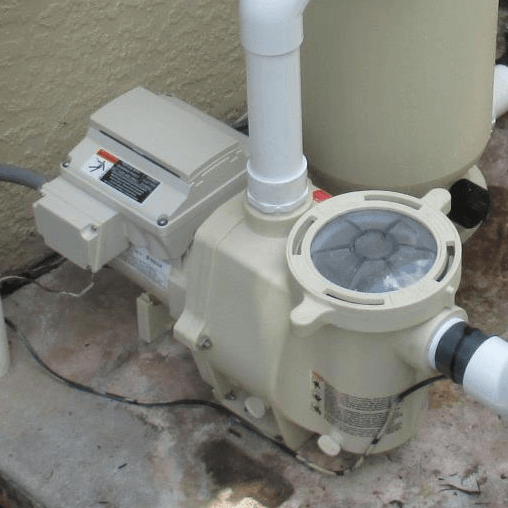 Right before I published this article I was contacted by a nice lady in Georgia who felt her pool service company was steering her wrong with a decision to replace her ailing single-speed pump. There is a lot of misinformation out there regarding two-speed pool pump and variable speed pumps, and many dealers are not up to speed (no pun intended) on the advantages of these swimming pool pump choices.

This is becoming more of a subject because the Florida Residential Energy Efficiency Code requires that all pool pumps over 3/4 horsepower be either a two-speed or a variable speed model, and that they are capable of operating in the low setting if a two-speed model. When you have your pump replaced or if you install a new pool, contractors are required by law to install a pump that meets the new code requirements. Incidentally, I was at a home yesterday where a new pool had a 1 HP single speed pump installed — a clear code violation. The building inspector actually noted the deficiency on the inspection, but somehow it passed a second inspection. Worse yet — the homeowner was told by the builder that they were installing a two-speed pump, which it clearly was not.

This article will allow you to compare the two options available for pools in Florida and see the advantages over single speed pool pumps. 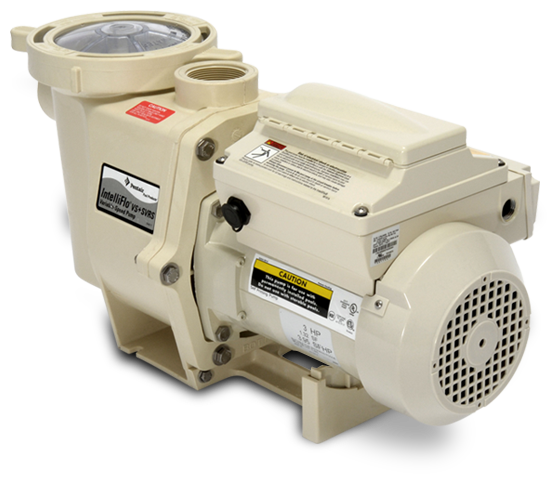 The common reasons or myths cited for not installing a variable speed pump are:

When compared to single speed, or even two-speed pumps, variable speed pumps are definitely more expensive. The shock of the initial price goes away quickly when you compare the operating costs of the various options. A variable speed pump will easily pay for itself in electricity savings over its lifetime.

Variable speed pumps save energy in two ways. The first, which even some pool builders don’t understand, is that the pump motor is inherently more efficient. Single and two-speed pumps use traditional induction motors. These are just about the least efficient motors you can use, but they are cheap, so they are popular. Quality variable speed pumps use permanent magnet brushless motors. At the same flow rate (if we are comparing apples-to-apples), a variable speed pump will use about 30% less energy as a result of the inherently more efficient motor. Where variable speed pumps really shine is when you reduce the flow rate (and motor speed). Running your pool pump for a longer time at a lower flow rate will result in the same overall pool water turnover, but reduce the energy required tremendously. For centrifugal pumps, this is what’s called the pump Affinity Law in physics.

The combination of the inherently efficient motor and the Affinity Law combine to reduce pump operating costs dramatically when properly programmed.

This myth is spread by pool service companies that have had bad experiences with variable speed pumps. If you reduce the pump speed and don’t increase the time it runs, then you will surely have problems with water chemistry because your pool will not get adequate turnover, filtration, and chemical dispersion.

When you reduce the flow rate in your pool, you will get less flow over spa spillovers, waterfalls, and deck jets. That is to be expected. However, since these are all ambiance features, it is usually not necessary to operate these features at all times. You can operate these features on-demand or on a schedule using valves and automation systems. You may also be able to adjust existing valves to send more water to features, resulting in no change to features. Note: water features also cool pools, which is often not desirable. Less flow reduces this issue.

Variable speed pumps cause vacuums not to work

Suction vacuums, whether manual or automatic, require a certain level of suction to operate properly. Whether you vacuum your pool on a schedule or leave your pool cleaner in at all times, you can overcome this issue easily. You can ramp up the speed on your pump when manually vacuuming. If you use a suction cleaner that usually stays in the pool, you can operate the pump at a higher speed for a period of time each day on a schedule. One or two hours at a higher speed is plenty of time for a cleaner to be effective, and the lower flow rate for the remainder of time will make your suction cleaner last longer.

All pool heaters need a certain flow rate to be effective, and electric heat pumps and gas heaters will shut down if the flow rate is not adequate. The solution is simple – when operating a heater, increase the speed of the pump to the required flow rate. Because you can select a high enough flow rate, and no higher, you can strike a perfect balance between heating performance and energy savings. The changes in pump speed can happen automatically with an automated pool controller.

Chlorine generators need a minimum flow rate that is very low. Variable speed pumps require very little energy to achieve the needed flow rate, even at normal low-speed filtration rates. Unless you have very inefficient pool suction and return plumbing, this will not be an issue. 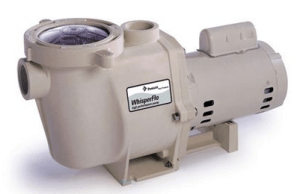 Two-speed pool pumps can save money if installed properly, but they are still standard induction motors, so there is nothing inherently efficient about them. However, because of the Affinity Laws explained above, the low speed of a two-speed pump can result in excellent savings.

The high speed of a two-speed pump does not save any energy compared to a single speed pump of the same rating. The low speed will save energy according to the Affinity Law, but the savings are not compounded by having an inherently more efficient motor.

I can’t tell you how many two-speed pumps I see connected to single speed timer. This completely defeats the purpose. You need a two-speed mechanical timer or a more advanced automation system with a two-speed relay to control these pumps properly.

Like variable speed pumps, two-speed pumps will likely have to run at a higher speed to make heating options work properly. Because there is only one “higher” speed on a two-speed pump, you are limited to that high speed, even if it is unnecessarily high for your heating option.

Quite often the low speed of a two-speed pump is not adequate for suction pool vacuums. As a result, the high speed must be used, even if it is unnecessarily high.

This one is a maybe. Sometimes the low speed of a two-speed pump will be enough to produce the flow needed for effective chlorine production. Variable speed pumps let you “dial in” a high enough speed without wasting energy at higher speeds.

This is true, but only if set up correctly with proper timers and automation. Still, they do not save nearly as much as a variable speed pump, which is inherently more efficient at any flow rate.

It should be noted that all variable speed pumps are not equal.

Don’t make a penny-wise, pound-foolish decision. Spend a little extra money and get a pump you will love and that will love you back. And now that you know about permanent magnet motors and the affinity law, don’t let an uninformed dealer steer you wrong!