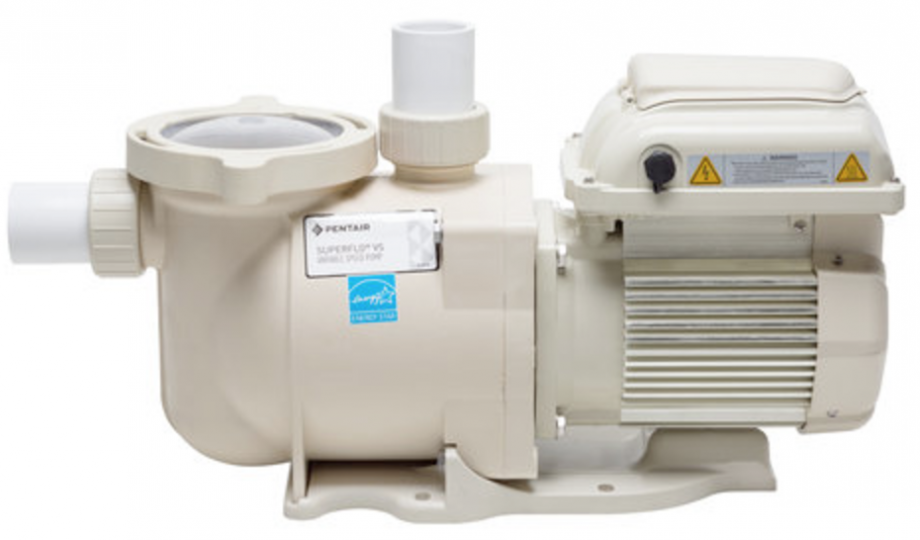 I keep asking myself, “am I missing something?” Why are pool builders still building new pools with two-speed pumps? If you are buying a new pool, I can’t say it any other way: Don’t Buy a Two-Speed Pump!

The basic idea behind two-speed pumps is good. You can run the pump at a lower speed, saving electricity. Unfortunately, there are many downsides:

The cost of a two speed pump plus a two-speed controller is often the same as a variable speed pump. In fact, it may be less.

I just checked the prices of a Jandy FloPro 1.5 HP two-speed pump and an Intermatic PE153 digital timer at my local supplier. The cost is about $20 less than a Pentair Superflo VS 1.5 HP Variable Speed pump. But when you consider that the Pentair pump is easier to install with less wiring than the Jandy/Intermatic combination, there is no cost advantage to the two-speed option.

I did the same check with other brands, and in just about every case there is a suitable variable speed option that costs a similar amount.

Sure, you might argue that when it comes to replacement, the cost of replacing the two-speed pump will be less because you need not replace the timer. However, when you consider the expected service life of the variable speed pump and the operation costs, the cost per year of ownership is actually much less for the variable speed option.

In fact, the electricity savings from a variable speed pump can actually pay for the pump over it’s lifetime!

Why Variable Speed Pumps Are A Better Option 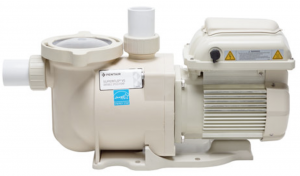 The Pentair Superflo VS 1.5HP Variable Speed Pump is a great alternative to a two-speed pump.

A variable speed pump like the Pentair Superflo has an inherently more efficient permanent magnet brushless motor. That means at the same flow rate the pump will require less electricity. The energy savings from a variable speed pump are undeniable.

But where variable speed pumps really shine in terms of energy savings is when you turn down the flow. At half the motor speed the pump will consume 1/4th the power! The ideal scenario is to run your pump for a much longer time at a much lower speed, attaining the same turnover in your pool each day at a much lower operating cost. In fact, many people run their variable speed pump twice as long as a single speed pump, or even 24 hours a day in some cases.

For example, let’s say you have a solar pool heater or gas heater. You will invariably need to run a two-speed pump on high speed when operating the solar panels. That means you need a control system to change the pump speed. Basic solar controllers like the Pentair SolarTouch or Hayward GL-235 do not have two-speed pump control. You would have to install a more expensive controller with a lot of bells and whistles just to control the two-speed pump. If you have existing automation, you would need to install an expensive and relatively complicated two-speed relay.

Variable speed pump take that complexity away. Most of the good ones can be controlled with a low voltage digital or analog control cable, especially if matching controller/pump brands. Workarounds and interfaces exist when mixing different brands. It is wise to make sure you are installing compatible pumps and controls, however.

The same thing applies to traditional heaters – they usually need a higher speed for proper operation.

Aside from getting the proper speed for heaters, pool features like waterfalls, spillovers, jets, and bubblers all have ideal flow rates. With a two-speed pump you have only two choices. With a variable speed pump you can “dial in” the perfect speed that optimizes you water features while minimizing operation cost.

I recently went to a home with a new pool where the owner inexplicably had three pumps installed. The main pump was a two-speed. One pump was a single speed pump used solely to make deck jets shoot fountains of water arcing into the pool. The pump was way oversized and the jets would spray through the pool screen unless valves were closed off to reduce the flow. This is a huge waste of energy.

It should be obvious why you don’t want to buy a two-speed pump, but how do you choose the right variable speed pump? There are a few factors I suggest:

In the cutthroat business of pool building, cost matters. Remaining cost competitive was once a big reason to go with the cheapest pump possible and save budgetary dollars for flashy pool features that sell pools. The pool pump is the heart of your system, and you should consider spending a little more to get the best option that maximizes pool performance while minimizing operating costs.