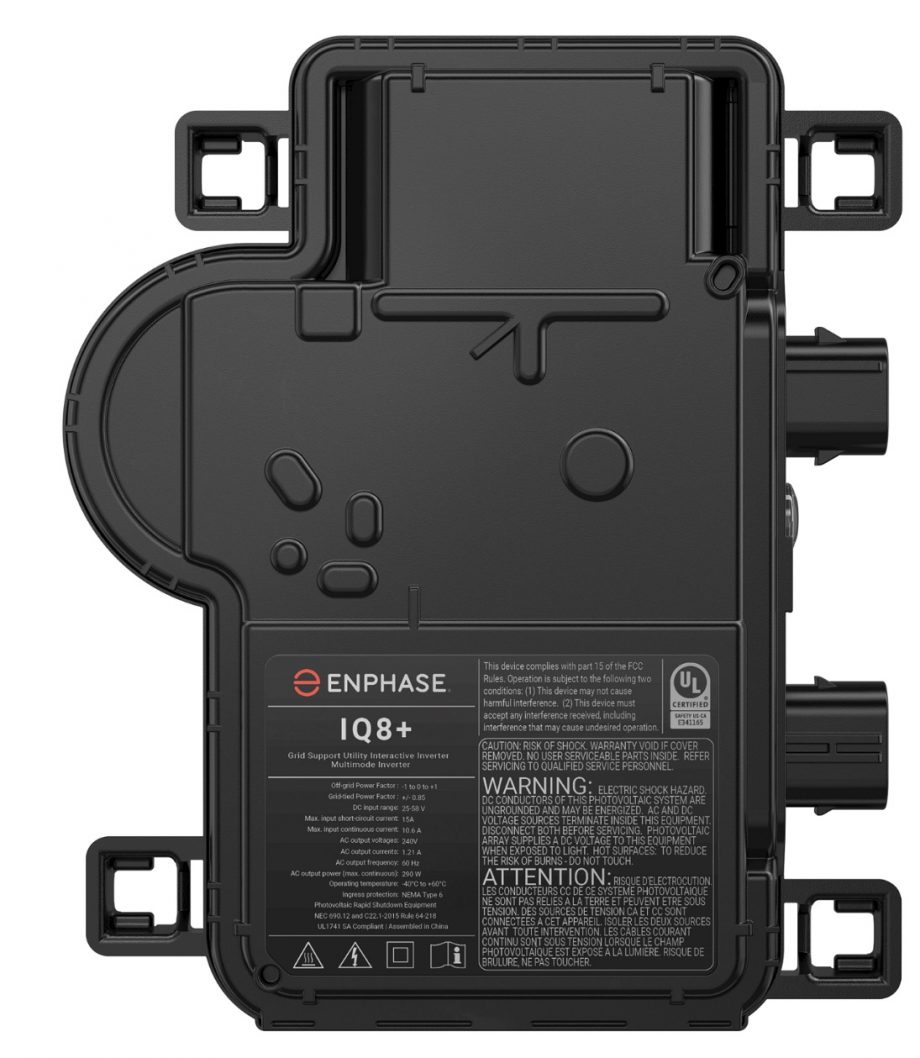 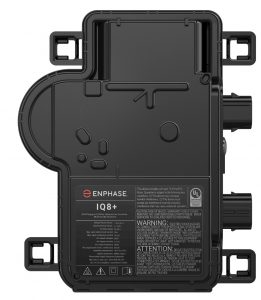 Enphase has launched the new IQ8 microinverter, which comes with the promise of allowing you to use your solar panels off-grid without batteries. Until now, solar panels were either grid-interactive which means they shut down with the loss of the grid, or they worked with batteries to provide backup power.

Before you get too excited, let’s get something straight. Solar backup power without batteries will only work during the daylight hours, it will provide limited power, and forget about air conditioning. That’s right. You can stop reading now if that’s all you wanted.

We find that most people in Southwest Florida are most concerned about air conditioning after a storm, which is the most likely time the grid will go down for an extended period of time. The problem is, air conditioning uses a lot of power and requires a huge amount of power to start up typically. The Enphase IQ8 will provide power directly to your house, but only to the extent that solar power is available at any given instant in time. When clouds go over your house, the instantaneous power available drops and the system shuts down if the load is too high.

Examining Real Output of IQ8 Microinverters In A Solar Array

Let’s say you have a 10 kilowatt (kW) DC rated solar array. The IQ8 microinverters will collectively be theoretically capable of producing around 8 kW of instantaneous usable AC power, but that is only under perfectly ideal conditions. That means the sun is at a 90 degree angle to the panels, it’s 77ºF outside, there is no haze, no clouds, and no other shading issues across the entire array, which by the way would all need to be facing the same direction. That is not a likely scenario. You will have far less power most of the time. The power will also fluctuate, leaving you with a lack of power at times to handle larger appliances.

Take this system below, for example. This is the AC output of a real 10 kW DC solar array in Fort Myers with a previous generation of Enphase microinverter. This snapshot is power production the week of October 20, 2021. It represents a time when a Southwest Florida home might be without power due to a storm outage. Notice that the system only momentarily exceeded 6 kW of usable AC power on one day of the week. There was rarely sustained power exceeding 4 kW for any significant period of time. On two days the instantaneous power barely cracked 3 kW. In fact, the longest period of time where power exceeded 3 kW was about 6 hours, and during that time the power surely dipped significantly due to momentary cloud cover (the Enphase monitoring is not granular enough to show these dips in power).

To put this in perspective, most large central AC units consume well over 3 kW, so powering one reliably would be out of the question with a 10 kW solar array.

It’s not all bad news, however. The IQ8 microinverters use the same Enpower Smart Switch (now rebranded as the Enphase System Controller) as the Enphase Encharge battery system uses. That means adding a battery to supplement the solar panels to handle fluctuating power will be possible – quite easy in fact. However, you will still need a large battery to handle larger loads like air conditioning. The system controller itself is expensive, as are the batteries, and the additional cost of the IQ8 microinverters will likely make that combination less attractive relative to just pairing the controller and batteries with the previous IQ7 microinverter. Only time will tell how the pricing works out.

Should You Consider the Enphase IQ8 Microinverter?

So given the limitations, should you consider the IQ8 microinverter? It could be helpful if you want to power smaller loads. A refrigerator may be possible, especially with a small battery. Lighting, charging devices, fans, and other small loads are all possible to run. Keep in mind, this is only during the day when there is enough sunlight.

The other caveat is how to manage what devices are powered. The best way to install Enphase’s System Controller is to use it to replace your home’s main disconnect switch. It acts as a transfer switch to disconnect from the grid physically when the grid goes down. The downside to this is you will either need to manage what is being powered manually to avoid shutdowns or use the load management features, but there is a cost associated with installing that. Alternatively, you can install a critical load subpanel and carve out just the devices that you want to power when the grid is out. This could have substantial costs depending on the complexity of your home’s electrical system.

The Enphase IQ8 will surely be a successful product. Early adopters and people who understand the limitations of the product will be potential customers. You will need pretty deep pockets to go this route and the capability without batteries will be disappointing for most Southwest Florida clients. Our power and energy needs are different from much of the nation. For now, we are recommending that clients stick with the IQ7 series microinverters and if backup is needed, add the Enphase System Controller with Encharge batteries. If you are just looking to save money and slash your electric bill, the IQ7 is still the way to go. For the limited times you might need backup power and the limited capability of the IQ8 when used without batteries, it’s not a great investment in our opinion.

We will keep you posted as things change in the rapidly evolving solar and battery storage market as it relates to Southwest Florida clients. The unique challenges of backup power in this climate aren’t always addressed in the marketing hype from companies offering backup solutions. This is one of those cases.

As suggested previously, if you want backup power and you want to have a good experience, you really need batteries. Batteries buffer the instantaneous power fluctuations of solar panels, which a microinverter itself cannot do. There are many options on the market, and each has advantages.

The Enphase Ensemble battery system with Encharge batteries provides up to 40 kWh of storage capacity, which is enough for most modest homes, especially with larger solar arrays and especially with some load management (shedding of power-hungry appliances as necessary). If you need more storage capacity or more instantaneous power output than Enphase supports, a good option is the Sol-Ark inverter system and a battery system like Storz, Simpliphi, Fortress, or others that integrate with the Sol-Ark inverters.

What’s shiny and new is not always the best solution. It is rarely the most cost-effective solution. Tried and true lead-acid battery systems have advantages, although we no longer recommend them due to a variety of advantages that new battery chemistry offers.

This isn’t the first time an inverter manufacturer made this type of power without batteries possible. SMA has long offered an inverter with a Secure Power Supply – an outlet that provides up to 1,500W of power. It never really took off, as this is a paltry sum of power and for practical purposes, you can’t power much. Enphase’s IQ8 promises to do the same thing, albeit on a scale that is significantly larger. The fact remains that the power available is highly variable and frequent shutdowns are likely if you are powering anything significant without a battery to buffer the ups and downs.

If you are still interested in the Enphase IQ8 Microinverter, please do not hesitate to reach out to us to compare solutions. Just be aware of the limitations. We are happy to help you decide what’s right for your needs.